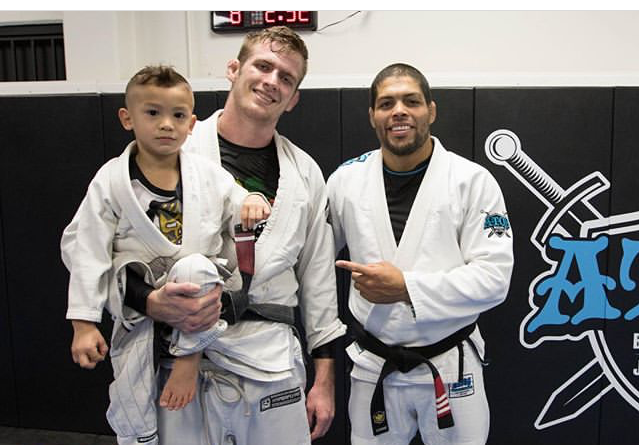 As just about everyone with functioning internet knows by now, Keenan Cornelius has been dropped from Atos. The Hawaiian native was asked to leave Atos this weekend. According to FloGrappling.com, it was due to “a disagreement with team leadership”. Except for a dispute with Andre Galvao, the man who awarded Cornelius his black belt, the reasons for this departure remain unclear.

This leaves the possibility for a major shift for Cornelius. The former Atos team member has trained previously at the BJ Penn academy in Hilo, where he earned his purple belt and a silver medal at NAGA.

From there, he moved on to Lloyd Irvin’s camp in Maryland. Here he truly became a prodigy, moving quickly from purple to brown. However, after the reveal of the sexual abuse happening at Team Lloyd Irvin, Keenan Cornelius was part of the exodus out of the organization.

So, where to now for the former IBJJF World, Eurpean, Pan, and ADCC competitor?

Checkmat is a clear forerunner, considering its close location and ample training partners. Checkmat also has a strong competition record. However, many fans speculate that Cornelius will form his own team. The freedom to make his own rules must surely be tempting the lapel guard master.

With 169 wins and just 30 losses, Keenan Cornelius surely will have his pick of training camps. Unless, of course, there is a reason Atos needed to distance themselves from him. As the recent allegations against Tex Johnson prove, one can never really know what’s going on behind the scenes.

To his credit, Cornelius appears to be in good spirits, as exhibited by his recent instagram post:

Adcc 2019 – 4th times the charm. There’s going to be some pretty interesting story arcs in the 88kg division this year. @hyperfly photo by @banejitsu