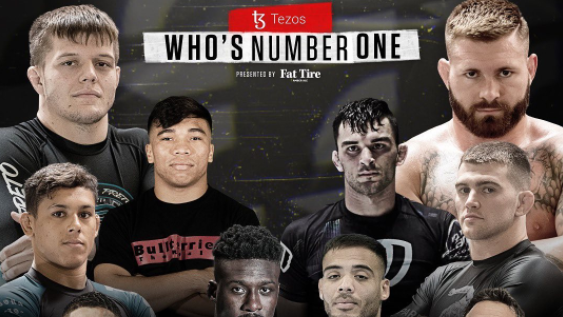 Gordon Ryan looked in strong form after a year away from official competition.

On Friday, March 25, Who’s Number One (WNO) returned to Dallas for a card headlined by Ryan and Daisy Fresh’s homegrown talent Jacob “The Hillbilly Hammer” Couch. The main event saw Ryan utilize a stifling top game and steady positional dominance to secure a submission win over Couch. And in the co-main event, Mica Galvao earned a hard-fought decision over ADCC veteran Dante Leon.

Ryan survived an early leg entry from Couch, but otherwise applied constant, suffocating pressure to achieve mount over and over again on the smaller Couch. After over 10 minutes of pressure passing, Ryan moved to a tight S-mount position, exposing Couch’s arm and getting the tap before Ryan even attacked the arm.

Mica Galvao picked up one of the biggest wins of his career with a high-paced decision victory over Dante Leon. Leon was able to press the action on the feet and secure several clean takedowns, but it was Galvao’s submission threats — including an armbar from guard that appeared to be fully locked in — that earned him the judges’ decision.

Lower on the card, two-time gi world champion Nicholas Meregali won his no-gi debut by submission, defeating Checkmat’s Arnaldo Maidana by armbar in the last minute of the match after extensive wrestling on the feet. Haisam Rida improved his WNO record to 5-1 with an impressive rear-naked choke over Elder Cruz in under five minutes.

And in the main card opener, 10th Planet black belt Keith Krikorian made a statement in his WNO debut with an entertaining and high-paced battler with WNO veteran Gabriel Sousa.