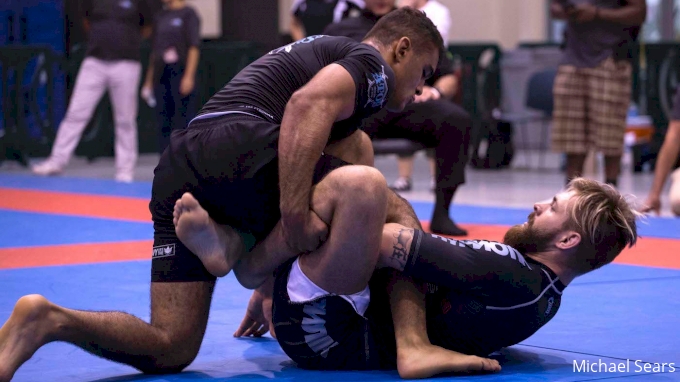 It looks like IBJJF will be making a giant leap forward in the evolution of their tournaments. According to black belt IBJJF referee Thiago Stefanutti, the organization will be allowing heel hooks next year. “In 2021 heel hooks will be allowed in brown and black belts in IBJJF No Gi competitions,” Stefanutti revealed in a Facebook group earlier this week.

For years grapplers have complained about the IBJJF ruleset of not allowing heel hooks or reaping the knee. The ban on these even in the No Gi divisions has been especially confusing. With heel hooks being such a big part of Jiu Jitsu, it seems ridiculous that one of the biggest competitions in the world would ban them. Many people have viewed this as a ‘watering down’ of the sport and a lot of gym owners refuse to encourage their students to take part in IBJJF’s tournaments.

In fact, Marco Raphael, an Alliance affiliate black belt, started a petition a few years ago that appealed to IBJJF to allow a change in the rules. The petition specifically asked for three changes to the IBJJf rulebook in article 6.3.2. Those being: Technical Foul 18 (heel hook), Technical Foul 19 (locks twisting the knee) and Technical Foul 20 (knee reaping). However, despite gaining hundreds of signatures, the organization never made the changes.

Heel hooks do impose a danger. And this is one reason IBJJF has not allowed them. When a grappler doesn’t respond properly when trying to escape, they can cause damage to the knee. However, proponents of heel hooks argue that so do other submissions which involve a rotation of the joint, like kimuras. Why would the organization ban one and not the other?

Many people believe the solution is not banning these submissions. But instead, training them so students have the proper knowledge of how to escape them. “When heel hooks are allowed, athletes have an incentive to train them and be familiar with the dangers of the position, which in turn ensures a low injury rate.” Raphael explained in the petition.

The update will likely lead to two big changes overall. One, there will probably be a boost in the number of competitors at IBJJF events. “For the ones that didn’t compete in IBJJF because of this, better find a new excuse,” Stefanutti said in the Facebook post. And two, academies will begin to put more emphasis on leg locks. If so, it is likely that leg locks will evolve even further with more people training them.

Thankfully for grapplers around the world, it appears that IBJJF is changing their rules. And I’m sure the Jiu Jitsu community will welcome the news Stefanutti brought to Facebook that “IBJJF is showing that they are listening to the community.”