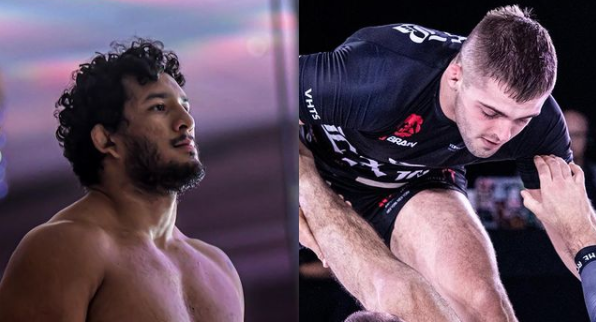 Last week, news broke that Craig Jones had suffered a broken hand and was forced to withdraw from a match against Lucas “Hulk” Barbosa at The Road to ADCC. On Monday, FloGrappling announced that William Tackett is stepping in for Jones on short notice and will face Barbosa. The event is scheduled for Saturday, July 17.

Tackett is no stranger to late-notice matches. Earlier this year, he filled in for an injured Jones to face Tye Ruotolo at Who’s Number One. Tackett lost that match by decision, and has not competed since.

A 20-year old black belt representing Brazilian Fight Factory, William Tackett is one of the most promising young talents on the elite competition scene. He holds notable wins over Andrew Wiltse, John Combs, and Manuel Ribamar. He faced Barbosa in 2020 at Subversiv 4, losing a referee decision.

Lucas Barbosa is a top competitor representing Atos. A multiple time IBJJF no-gi world champion and ADCC bronze medalist, Barbosa is known for his excellent takedown and guard passing game. He is coming off a somewhat controversial win over Matheus Diniz at BJJ Stars.

How to watch: The Road to ADCC takes place on Saturday, July 17 and airs live on FloGrappling (subscription required).