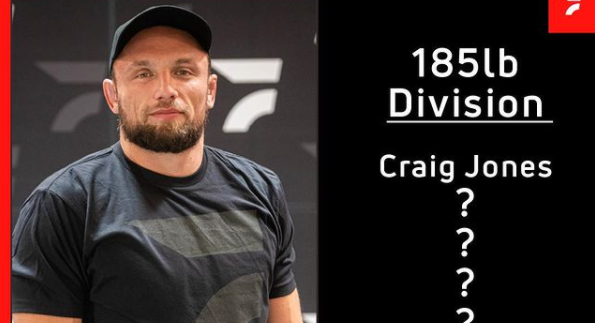 The Who’s Number One (WNO) Championships are quickly taking shape. The two-day event scheduled for September 25-26 will feature five eight-person brackets consisting of the best no-gi grapplers in the world. FloGrappling has now released the full eight-man bracket for the 185-pound division, and it is loaded with the biggest and best names in jiu-jitsu. View the full 185-pound field below.

ADCC silver medalist Craig Jones will likely be favored to win the division. A former member of the now defunct Danaher Death Squad, Jones has looked dominant this year in submission victories over Ronaldo Junior and Luiz Panza, as well as a decision win over fellow tournament participant Tye Ruotolo. Ruotolo himself is another name to watch, as his all-action, submission-oriented style lends itself well to the submission-only WNO ruleset.

Another grappler to watch in this division is Roberto Jimenez, who holds a pair of recent wins over Ruotolo, as well as a WNO win against fellow competitor Dante Leon. Jimenez is coming off a win over Kade Ruotolo in one of the best matches of the year.

Finally, teenage jiu-jitsu phenom Mica Galvao has the ability to beat anyone in the bracket. Galvao has made a huge splash on the jiu-jitsu competition scene this year, defeating the likes of Oliver Taza, John Combs, and Pedro Marinho. The WNO Championships will represent a significant step up in competition for Galvao, but his performances thus far at an elite level indicate that he is one of the best in the world.

How to watch: The Who’s Number One Championships take place on September 25-26 and will air live on FloGrappling (subscription required).