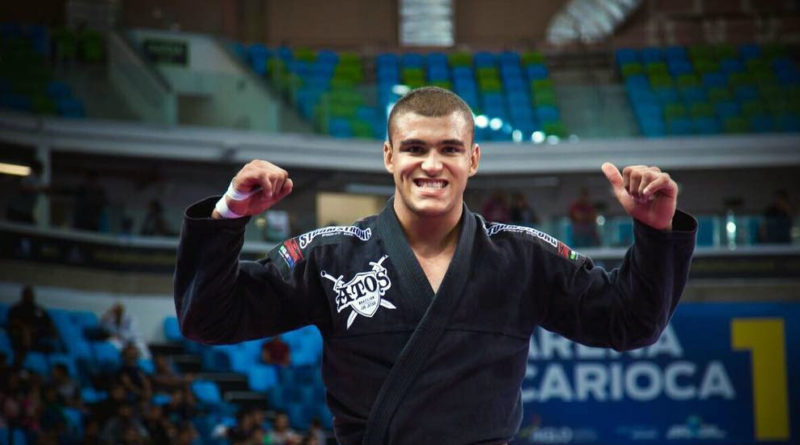 The Who’s Number One (WNO) Championships on September 25-26 will feature five eight-person brackets with many of the best grapplers in the world competing in 15-minute submission-only matches. In the days leading up to this event, Grappling Insider will be previewing each of the five divisions. View the men’s lightweight preview here and the women’s heavyweight preview here.

Atos representative Kaynan Duarte might be the best no-gi grappler on the planet not named Gordon Ryan. At the WNO Championships, Duarte will look to solidify that claim, but he’ll have to deal with a field of competitors that includes no-gi world champions, an ADCC champion, and dangerous submission artists with nothing to lose.

Since his disappointing heel hook loss to Lachlan Giles in the absolute division of the 2019 ADCC Championships, Duarte has lost just once — a heel hook loss to Roberto “Cyborg” Abreu in 2020. Those two losses seem to have motivated Duarte to not only clean up his leg lock defense, but also add leg lock offense to his deep repertoire of techniques. In his most recent performance, Duarte made quick work of 2019 ADCC champion Matheus Diniz, submitting him with a Texas cloverleaf calf slicer in just a few minutes.

Duarte is a methodical technician that can and will attack from any position; he rarely finds himself in trouble. That makes him an incredibly difficult match-up for any heavyweight in the world and a clear favorite to win the tournament, but seven other elite competitors will try to spring the upset.

One interesting contender is 2015 ADCC champion Orlando Sanchez, who returns to competition for the first time since a second-round loss to Nick Rodriguez at the 2019 ADCC Championships. Sanchez is far from a submission hunter — he has just two submission victories over four ADCC’s — but that doesn’t mean he won’t pose stylistic problems to the rest of the competitors. Sanchez is a tank of a man with excellent wrestling and seemingly impenetrable submission defense.

Another key player at heavyweight is long-reigning Submission Underground (SUG) champion Mason Fowler. Since a loss to Craig Jones at the 2019 ADCC Championships, Fowler twice avenged that loss to Jones (under EBI rules) and has looked nothing short of dominant in his run as the SUG champion. His lone loss since 2019 came to none other than Duarte — a competitive points loss at Third Coast Grappling. Fowler will be relatively small for the division, but his excellent wrestling and world-class back control and finishing ability makes him a real threat to make it deep in the tournament.

Aaron “Tex” Johnson is an established competitor that’s worth watching, as well. A three-time no-gi Pans champion and ADCC Trials winner, Johnson is a true submission hunter whose game is well-suited for the WNO ruleset. He boasts a wide variety of submissions to his resume, but tends to do his best work when attacking the legs, which he would almost certainly look to do if he crosses paths with Duarte. Like Fowler, Johnson also suffered a points loss to Duarte at Third Coast Grappling.

Finally, a pair of dark horses will look to make waves. 10th Planet standout Kyle Boehm is huge, athletic, and unorthodox in his approach. He holds a pair of wins over Johnson, and with his size and leg locking ability, seems poised to turn heads against elite competition. Also, judo specialist Haisam Rida will look to extend his 2-0 WNO unbeaten record, using his takedown ability and explosive athleticism along the way.

Below is the full WNO Championships heavyweight division.

How to watch: The WNO Championships take place on September 25-26 and will air live on FloGrappling (subscription required).