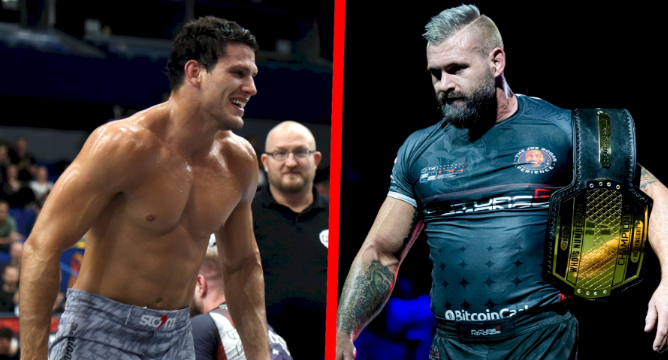 On Sunday, August 7, rivals Gordon Ryan and Felipe Pena squared off for the third time in their careers. In the main event of the Who’s Number One card, Ryan retained his heavyweight belt, earning a verbal submission from Pena after nearly 45 minutes of grappling..

The match had a number of interesting and exciting exchanges, with Pena giving Ryan the biggest challenge of the past few years.

The pair didn’t hit the mat until eight minutes in, when Ryan opted to sit down to open guard. Just thirty seconds later, Ryan swept Pena, very nearly taking his back in the transition. Pena escaped and returned to top position at the 12-minute mark.

The match returned to the feet at 25 minutes, with Ryan earning his first takedown just under ten minutes later.

At the 44-minute mark, after a series of scrambles, Pena verbally submitted, bringing an anti-climactic end to the main event. After the match, Pena explained that, due to the unexpected death of BJJ legend Leandro Lo, he did not want to agree to a match that was more than 60 minutes.

With the win, Ryan retains his WNO heavyweight belt.

Lower on the card, Nicholas Meregali removed any doubts about his no-gi game as he dominated veteran competitor Rafael Lovato Jr. on his way to his third no-gi win in as many matches.

To the surprise of many, Meregali used wrestling and pressure passing — tactics that are typically Lovato’s strengths — throughout a strong 15 minutes. Meregali seems to be in top shape heading into the ADCC World Championships in September.