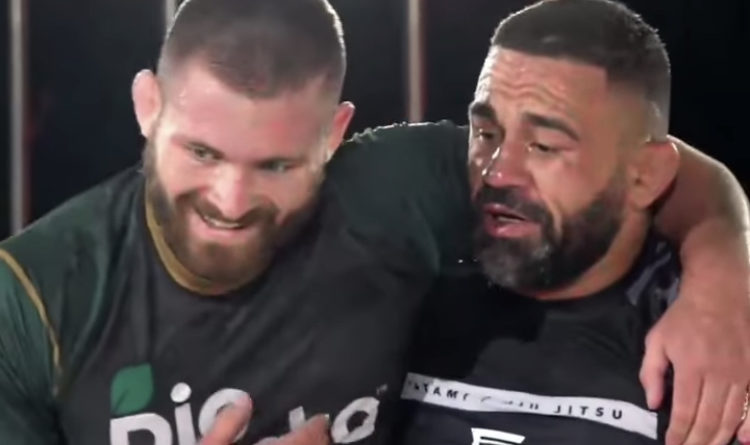 On Friday, March 26, Who’s Number One (WNO) returned to Austin, TX with another star-studded night of submission-only grappling. In the main event, despite plenty of heated trash-talk, some of which happened during the match, Gordon Ryan dominated and eventually submitted Vagner Rocha. Lower on the card, Nick Rodriguez, Mikey Musumeci, Rafaela Guedes, and Oliver Taza all put on impressive performances.

Check out the full WNO results, highlights and recap below.

The main event was a typical Gordon Ryan performance, albeit with moments of defensive success for Rocha. Ryan worked from top position early in the match, passing to mount after about six minutes. He would hold that position on Rocha for nearly six more minutes as the pair of competitors exchanged trash talk while on the mat. Eventually, Rocha escaped completely to his feet and away from Ryan’s grasp, but quickly sat back on a leg attack. Ryan took advantage of the position, moving to half guard where he secured a kimura grip and a triangle which earned him a quick tap.

After the match, the FloGrappling commentators opened an envelope holding Ryan’s official prediction which was, of course, a triangle finish.

Nick Rodriguez’s performance against Yuri Simoes should strike fear into other top heavyweight competitors. After Simoes immediately sat guard to begin the match, Rodriguez put on a pressure passing clinic for 15 minutes, achieving dominant position quickly and several times throughout the match. Rodriguez showed new-found patience as he dismantled the two-time ADCC champion’s guard with a body lock and pressure; Simoes was unable to achieve a single offensive attack on his way to a lop-sided decision loss.

In his first no-gi match in five years, Mikey Musumeci looked like a veteran pressure passer against a game Marcelo Cohen. Musumeci sat to guard immediately, but quickly used a leg entanglement to gain top position where he continually pinned Cohen to the mat, constantly threatening passes to mount and back. Eventually, as Musumeci passed to mount he secured a picture-perfect triangle-armbar and a quick tap.

In a match-up of Team Atos and Fight Sports’ top female grapplers, Rafaela Guedes largely controlled position and pace against Maggie Grindatti. As expected, the pair wrestled a bit on the feet to begin the match. Guedes secured some takedowns and Gridnatti’s back relatively early, but a game Grindatti escaped to her feet. Sensing an advantage on the ground, Guedes pulled Grindatti into her closed guard where she worked an arm drag to take Grindatti’s back, eventually earning a rear-naked choke finish with just over three minutes left in the match.