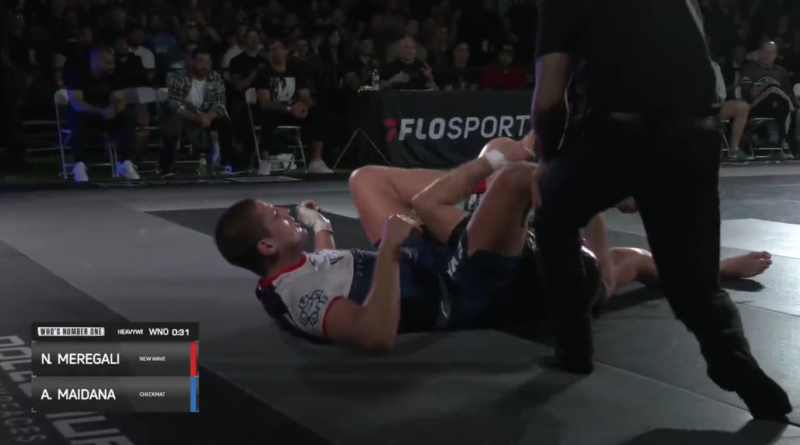 Nicholas Meregali won by submission in his no-gi debut, but it didn’t come easily. On Friday at Who’s Number One, the two-time gi world champion defeated Checkmat’s Arnaldo Maidana by armbar in the final minute of the 15-minute submission-only match.

For nearly all of the match, Meregali and Maidana grappled on the feet. Meregali pressed the action, constantly attacking single legs, but was only able to get Maidana down after nearly 10 minutes. Meregali immediately moved to a dominant position, but Maidana soon scrambled back to his feet.

In the final 60 seconds, Meregali sprawled on a Maidana takedown before pushing Maidana to his back and quickly moving to an armbar. Watch video of the finish below.

After the match, Meregali stated that he has only been training no-gi grappling for seven weeks. During that time, he has been learning under the guidance of top coach John Danaher and alongside reigning ADCC champion Gordon Ryan.

Meregali’s success in the gi earned him an invite to the 2022 ADCC World Championships before ever competing in no-gi. His win over Maidana shows he certainly has the skills to compete and win at the elite level of no-gi grappling.