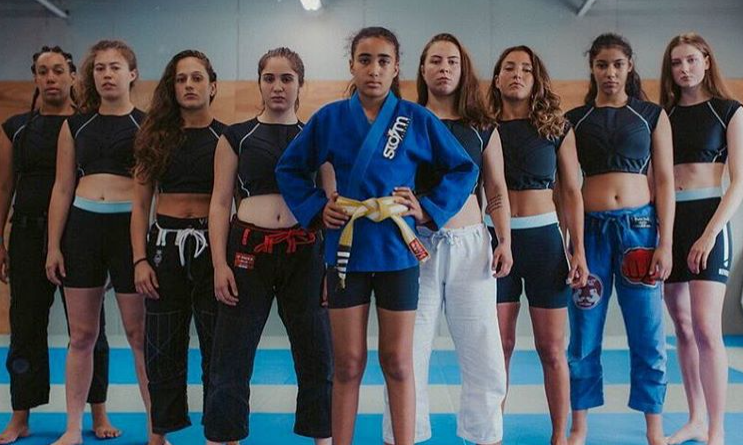 Being a woman in any male-dominated field can be tough for a plethora of reasons, but being a woman in martial arts comes with problems most can’t even imagine. Thankfully now, organisations such as Women Who Fight exists. I interviewed them to learn more about what they do, so that I can help spread the word of their amazing work.

What is ‘Women Who Fight’?

Women Who Fight (WF) was born out of a desire to share information, and support women who are training in combat sports. They find inequalities and aim to spread awareness. The owners explained,

“There were certain elements of training that we both struggled with and there wasn’t clear information around, for example training and menstruating, weight retention, and there wasn’t a clear community where these topics could be discussed.”

It all began with them interviewing inspiring athletes and talking with professionals, but it has since evolved into something much bigger.

“Now we are actively exploring a wide range of topics; the scientific, the holistic, the social aspects, while also connecting like minded people together. Our aim is to provide solutions and be transparent about our work; who we talk to, what we are asking, and owning any mistakes we make. We are making an authentic investigation into the world of martial arts for women, and challenging what isn’t equal.”

They go on to expand,

“We are rooting for all women to feel comfortable training in martial arts, without being hassled or feeling preyed upon in the gym. For women to be equally paid in prizes and equally represented on screen and in research. The lack of female representation in research means that women’s needs are not catered for, being left out of studies and being thought of as ‘small men’. Our physiology is very different and needs to be respected as such.

We have worked with athletes from different disciplines including Cris Cyborg, Heather Hardy, Angelica Galvao, Liz Carmouche, Nekoda Davis, Claudia Do Val, Michelle Nicolini, Ffion Davies and Samantha Cook. These women are wonderful role models because they are breaking the glass ceiling and showing what is possible. We all need role models we can relate to, because then we can really imagine being able to achieve what they have.“

A Bit About the Owners…

WF is run by two women, Shanti Gorton and Marina Mavrou. They met in 2016 while training together at the same BJJ club in London. Shanti is an Artist and Designer, painting sets for Film & TV, and Marina is a high school Chemistry teacher, originally from Cyprus, she has lived in London for 9 years.

Speaking of their own martial arts background Shanti says, “I grew up fighting my dad (a BJJ Carlson Gracie Black Belt); he taught me to box and wrestle growing up. However, my first ever BJJ class was when I was 21 at Elements Martial Arts in Brighton and I loved it, but only trained for 5 months. I started training again in 2016 while studying on my Postgraduate course in London, and this time took it much more seriously; there was a good girls team which was exactly what I needed to get the confidence to train more intensively.”

Marina says, “I started martial arts after university. It began with some boxing classes at a local boxing gym in Hammersmith…funny enough, I had a white collar fight six months in. Then I was introduced to BJJ. I never knew I liked sports, I had convinced myself that I was not good at sport from a very young age. I love competitions and was an active competitor [before Covid] with a few highlights being Euros 2018 silver in Gi and Euros 2019 gold in No Gi. Looking forward to the brown belt competition journey, when we go back to reality!”

What Do WWF Aim to Do?

“We wanted to help grow women’s participation in martial arts, and make a safe space where we could answer questions and pose our own to professionals.”

The lack of females in a BJJ class, (which is one female most of the time) can result in female fighters feeling a bit outcast when it comes to certain issues they can’t necessarily discuss with their male teammates. WF aim to create a support system with a strong sense of community, assuring females they are supported beyond the gym.

“We want every female who trains martial arts to know that they can find answers on our platform. We will keep working to expand our network of like minded people looking to grow female participation, challenging the inequalities we see i.e. lack of exposure for women on screen, and less pay/prizes. After Covid we would love to host events, which we had begun to do at the start of 2020.“

As WF is a global organisation that helps fighters all across the world, a lot of people contact them about issues in different countries.

“We have interviewed some amazing women from different parts of the world about their experiences, both in life and in their chosen combat sport. We don’t only focus on the combat aspect, lately we have been talking about issues in Russia, Turkey and Egypt. There are no boundaries to what we want to explore or do with Women Who Fight. Everything we find out about health, research or inequalities apply to female athletes.”

Is Female Representation Still Lacking in the Martial Arts Community?

Women have come far in terms of being represented, recognised and even just training martial arts – but we still have a long way to go. WF raise a good point of the stigma culturally around women who train in combat sports – especially something as aggressive as MMA. They explain, “If you compare male and female participation in combat sports the ratio is way off, and it is not reflective of people wanting to train. A lot of women are still kept out by cultural expectations and social pressure to conform to the ‘feminine’ stereotype, and this is a barrier for a lot of people to do martial arts.”

But cultural barriers aren’t the only barriers women face when wanting to do martial arts, the promoters themselves have only recently (over the past 10 years or so) started accepting women on to their promotions.

“The UFC only accepted women into their promotion in 2012 and since then women’s skillset has grown exponentially. However, this is so recent that a lot of people still don’t see women as serious fighters and many cultures still don’t feel this is something women should do at all. We’ve heard an argument that women aren’t interested enough in Martial Arts to participate or be represented, but we think that is a huge misconception. There is a long history of fighting, and men exist exclusively in this space; women were not welcome. It was only a few years ago that boxing gyms started letting women through the doors, so it’s no wonder that the representation is so much lower. Men have history on their side, confident of their place in the fighting community, while women are still developing their presence and finding out what it means to be a fighter and a woman.”

“A big problem with representation is also the imbalance in pay and opportunities for women. Some places like the UFC pay their female fighters properly but there are some competitions in the BJJ world where women don’t get prize money (or not nearly enough), or aren’t allowed to sign up at all. The idea that there aren’t enough women to legitimize paying them equal prize money is ridiculous as shown by female only promotions (i.e. Submission On The Shore) where there are plenty of women wanting to fight.”

Is Prejudice Still Prevalent in the Dojo?

Being female and facing prejudice go hand in hand, it’s something we face on a daily basis – on many extremes, so it’s no surprise it’s prevalent in the dojo – despite everybody being seen as ‘equal’ on the mats. When asking WF what they think of this they say,

“Absolutely, but not everywhere and not all the time. There are some really inappropriate comments and actions in some gyms and they need to be highlighted and a safe and fair way to deal with those issues needs to be established, but there are some fabulous gyms where women are respected as equals and they can be really empowering places. Unfortunately we also get frequent messages from women getting inappropriate comments in the gym and inappropriate behavior from their training partners/instructors.”

The use of derogatory language used in the gym can still be a problem when denoting females credentials and generally just putting women down.  Another common issue they hear about is how women are ‘mansplained’ about techniques because they are female in the gym, despite sometimes being a higher belt.

“There is an issue with language used, for example ‘man up’, ‘are you on your period’, or the use of ‘girls’ being a put down. The bias of derogatory language was an article we have published on our site, and it goes into the psychology of language and its impact on the recipient. It’s really important that people start checking their comments, because while they may not be meant in a negative way, sexism is so entrenched in our culture that it is ingrained in the language that we use, and it requires conscious effort to change it.”

When speaking of prejudice towards women on the mats, WF goes on to discuss the lack of female instructors you see teaching a mixed class.

“We see a huge lack of female instructors teaching mixed classes in BJJ, which sign posts a lack of appreciation for what they contribute to the sport. How many women do you see teaching a mixed class? Women are praised for their great technical abilities, but it’s not commonplace for women to teach a mixed class, instead generally just teaching women and children who are usually the minority of the students. The technical prowess of someone who is smaller and weaker than 90% of their opponents means that their techniques have to be on point to work, so why wouldn’t you want to learn from them? We are not suggesting that you give a class to a purple belt female when you have world class male black belts in the room, but there has to be a point where the space is made for high level women to share their skills.”

The Future of WF

“We want to create a strong community of people who support women in Martial Arts. It is so important when you are maybe the only woman in your gym, to know that if you have an issue you have somewhere you can go that can provide answers. We are developing as we go and trying to adapt to the problems that we find along the way. We aim to explore difficult topics and problems that are not easily voiced and provide support and solutions. We are working to expand our network of professionals and companies around the world as well as implementing some exciting ideas that we have to aid female training!”

The future is already in the works for WF as they have recently released their Podcast channel, in an effort to reach out to more people in a different way.

“We recently released our Podcast which was very exciting, and are looking forward to speaking with some high level athletes and professionals, sharing their experiences and knowledge. Our focus is international; we connect with people around the world – our content applies to every woman who trains, and we want to have as many experiences and cultures in our network.”

Go and check out their website and podcast here.

Lucy Wynne has 97 posts and counting. See all posts by Lucy Wynne