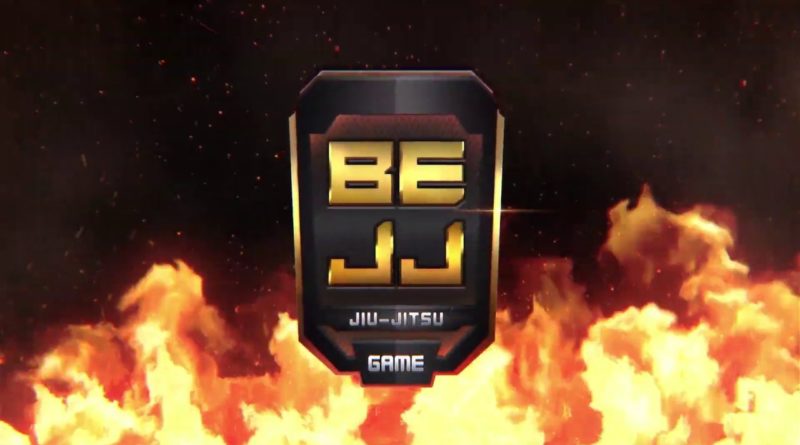 The BJJ community has been waiting for this since the first time that an MMA game was released, but the world’s first BJJ video game, BEJJ: The Jiu-Jitsu Game, should be available to download in the second half of 2020. The video game comes courtesy of the team at Smash Mountain Studio, including their founders and resident BJJ practitioners; Luiz Eduardo Adler and Pedro Thiago Mourao, who are now in the final stages of development.

BEJJ: The Jiu-Jitsu Game is set for release as a mobile game for both Android and IOS platforms, the company CEO guarantees that it will be available for release by the end of 2020 and that it will be free to download for all. As the game is in it’s infancy, it’s unlikely to contain unusual or unique submissions that don’t actually happen in BJJ competition very often but judging from the footage that’s been released so far, the video game seems to have a complex system for both standing and grounded grappling.

The below interview comes courtesy of GracieMag, translated from Portuguese:

What benefits does the game offer to the Jiu-Jitsu community?

“Without a doubt, BEJJ adds a lot to all fighters. As much as you are not physically training the positions, the mental part is in full swing. Both during online fights and when building the avatars’ card arsenal. We can think of it this way: for a new student who has just entered Jiu-Jitsu, he will be able to use BEJJ as a study. Of course he can study through videos on Youtube, Instagram or purchased courses, extremely useful for sure. But, in the game he finds himself immersed in that environment. He is entertained, he competes, he makes friends and integrates teams. And this can be done anytime and anywhere, as long as there is internet. And for experienced fighters, nothing better than relaxing breathing Jiu-Jitsu, activating your head mass and even creating new ideas for when you are on the mat again to surprise your training colleagues. We have the idea of ​​creating a Jiu-Jitsu e-league through BEJJ, following the world trend of E-sports that very soon will be a bigger market than traditional sports. BJJ could not be left out!”

What are the main challenges you face / faced to implement the game?

“The challenges were and are many! But we can focus on 3 main ones. First, the main challenge: Jiu-Jitsu, in addition to being a fight in two situations (standing and ground), has very complicated rules. Only then, it already requires adifferent treatment from normal fighting games, where there is an HP bar which decreases as the fighters receive blows (punches, kicks, etc.). We don’t have that in BJJ (at least the competitive one). So how do you represent smooth art as faithfully as possible in a game? We think about exploring the side that BJJ is human chess. Therefore, we started with card game mechanics, aiming at strategy and tactics instead of motor and reflex skills in pressing buttons and making combinations. Maybe in the future we can make a mix of mechanics or even arrive at a model that makes it viable and fun in a second game, but for now it will be just card gameplay.The second biggest challenge is the technician. BEJJ is being developed for mobile. Even if we want to take it to the PC and maybe to consoles in the future, we cannot generate very elaborate graphics, because many people with average cell phones and average internet would not be able to participate in the game. We had to choose a middle ground. And yet, Jiu-Jitsu has many positions that use lapels and other parts of the gi, a huge challenge to be overcome in order to have more quality animations. We are still in this battle, not to mention other technical challenges that we will have to solve ahead.”

And the third challenge?

“The third and biggest challenge, which in a way is a complement to the second, is the financial challenge. We did all the development of the Beta version with an extremely small team for this type of game (free-to-play mobile). Developing a game is extremely complex and costly. Several professional skills are required, as there is a mix of art and software development. In addition, numerous tests are necessary to have a good final product. This is why the game is still in beta testing today. It is extremely important to listen to the community around the game, as they will consume it. We can’t just duck our heads and do things as we think best without listening to the audience. Therefore, a long period of development due to the reduced team is necessary, and this, even so, Today we have 50% of the game’s features ready. We want to reach 80% of them before launching a final version of BEJJ. Of these new features to be implemented, we want to focus on creating and managing teams, online championships and special (playful) cards called Perks to increase tactics during fights. Then we’ll look at other possible features. For this we are looking for investment to speed up the final version as soon as possible, providing a super complete and fun game for everyone.”