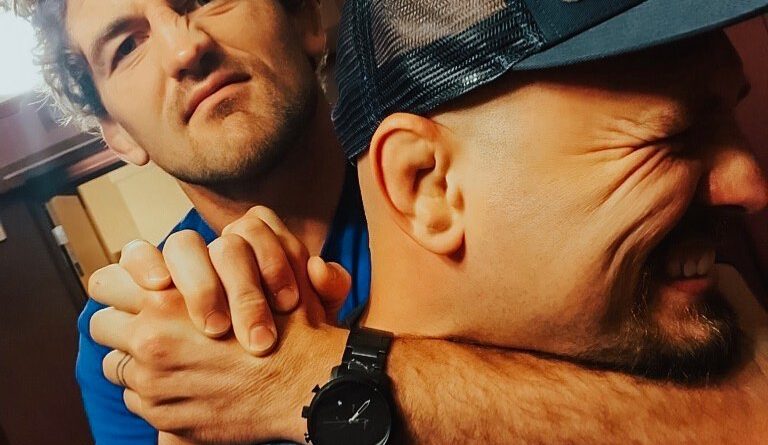 Twitter continues to be a vehicle for MMA fighters to speak their mind. And when Conor McGregor gets involved, the MMA world can’t help but notice.

After Conor McGregor took to Twitter to respond to Dustin Poirer’s call-out, Ben Askren decided to add his two cents to the “discussion”.

McGregor, after being called out by Poirer, dismissed the prospects of a fight, posting “I fed you to the canvas in 90 seconds bro”, going on to declare himself “the goal! Always!“

In response to this salvo, the outspoken Askren promptly reminded McGregor of his loss to Khabib Nurmagomedov:

You don’t want to get smashed by Khabib again. Take the Dustin fight and be happy. And be nicer to old people. https://t.co/TS4DYbg2X9

Next, Askren quickly dismissed his recent loss as a fluke, contrasting it to the dominant win Nurmagomedov had over McGregor nearly a year ago:

I got hit by 1 errant shot. Lesson learned and won’t happen again! @TheNotoriousMMA got his ass beat for 18 minutes by Khabib and that will happen damn near every time.

Then he went hard after McGregor, suggesting Conor has had too many fat payouts to care about fighting anymore:

Let’s be serious @TheNotoriousMMA made too much money to ever have the desire to train at world champ level. He ain’t getting younger those times are gone. Only “glory days” and hot air now

Askren even took the time to respond to a random troll:

I’m not disingenuous enough to say “he got lucky” but it won’t happen again. Can’t wait for my path to cross @GamebredFighter again. https://t.co/EWDCdb1Oxi

Askren makes a pretty good point here – McGregor has made a lot of money over the years. I have to hand it to Conor as a very shrewd self-promoter who has assuredly laughed his way to the bank. McGregor has hinted at an Octagon return, but does he still have his edge?

One thing is for sure: we will be following this saga as it continues to unfold.