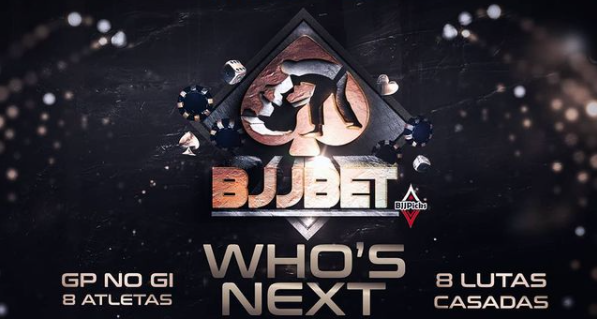 As the COVID-19 pandemic winds down and the world slowly returns to normal, top jiu-jitsu promotions are finally returning to action. Brazilian promotion BJJ Bet has announced a card for Sunday, August 1, and the card is stacked top to bottom with the best competitors in jiu-jitsu. In the main event, ADCC champion Felipe Pena will take on two-time IBJJF world champion Nicholas Meregali. And before they meet, the event will feature a no-gi grand prix that will see the likes of Micael Galvao, Leandro Lo, Vagner Rocha, and others competing.

Check out the current event line-up below:

Felipe Pena and Nicholas Meregali have met once before, in the quarterfinals of absolute division of the 2018 Worlds; Meregali walked away with a submission win. Since then, both men have firmly established themselves as two of the best jiu-jitsu players in the world. Pena would go on to win the Worlds in 2019, and is undefeated in 2021 with wins over Luiz Panza, Gutemberg Pereira, Erich Munis, and Patrick Gaudio. Meregali would also win gold at the 2019 Worlds, and has racked up wins over Roberto “Cyborg” Abreu, Victor Hugo, and Lucas “Hulk” Barbosa.

If Pena vs. Meregali wasn’t enough, the no-gi grand prix is loaded with some of jiu-jitsu’s biggest stars. Micael Galva — the 17-year old phenom that has been lighting the grappling world on fire lately — will face stiff competition. Leandro Lo is one of the most accomplished jiu-jitsu players ever with seven world championships, and he might not even be a favorite. Also competing in the grand prix is William Tackett, Vagner Rocha, Lucas Barbosa, Rousimar Palhares, and Rafael Paganini.

How to watch: BJJ Bet: Who’s Next? will take place on Sunday, August 1. Outside of Brazil, the event will air live on FloGrappling (subscription required).