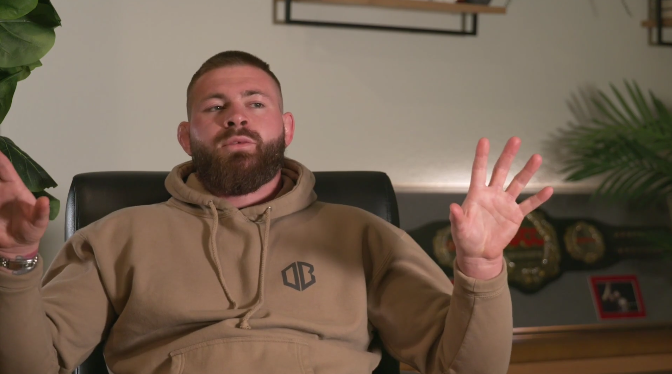 On Wednesday, the IBJJF announced changes to its cash prize rules for the 2022 Worlds. Under the new guidelines, competitors that close out their division will not be eligible for the cash prize — up to $7,000 for the weight division and $10,000 for absolute.

In the wake of that announcement, Gordon Ryan took the time to share his thoughts on IBJJF payouts and IBJJF competitors. Per usual, he doesn’t hold back any criticism for his fellow athletes.

IBJJF decided to take steps to prevent close outs and now athletes are complaingin that they want to be paid more to fight team mates in the finals. While i do agree that SOME athletes deserve to be paid more, most don’t deserve to be paid ANYTHING… The fact is these athletes are only crying about athlete pay now because they see me rich and it drives them nuts… You look like an absolute joke. I agree IBJJF should pay bigger prizes and even give SOME athletes more show money, but most of you honestly don’t deserve a dime, even the adcc and world champions. The fact is, no one cares about you, and that’s by the numbers… If IBJJF was smart they’d offer me a $75k show purse to enter one of their GP’s this year so I can help save the sinking ship that is their brand. The ibjjf is in the wrong on a lot of things but you athletes live in another world of delusion too.

In short, while Ryan thinks that the IBJJF world champion purses are too low, he thinks the vast majority of competitors don’t deserve to be paid anything.

There’s nothing new about Ryan discrediting his peers. What’s more interesting is Ryan indicating that, for the right price, he’d be willing to compete in an IBJJF Grand Prix — four-person brackets featuring top IBJJF competitors with significant prize money on the line. The problem, of course, is that the IBJJF is likely unwilling to meet Ryan’s price tag of $75,000, which would be an unprecedented amount for the IBJJF.

Widely considered the best pound-for-pound no-gi grappler in the world, Ryan has competed almost exclusively outside of the IBJJF. The few times he has entered IBJJF competition, he’s found success, winning double gold at the 2018 IBJJF Worlds and Pans.

In his most recent outing, Ryan dominated and submitted middleweight brown belt Jacob “The Hillbilly Hammer” Couch at Who’s Number One.