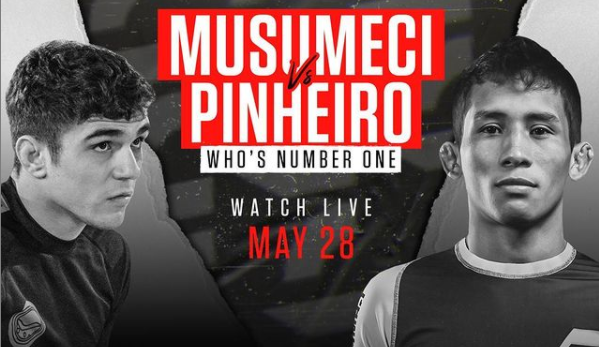 It looks like Mikey Musumeci’s move to no-gi competition might stick. Musumeci is scheduled to face no-gi Pans champion Lucas Pinheiro at Who’s Number One (WNO) on May 28. FloGrappling announced the match.

This match comes just a couple months after Musumeci defeated Marcelo Cohen at another WNO event. That was Musumeci’s first no-gi jiu-jitsu match in five years, and it was a match he largely dominated from start to finish, winning by triangle armbar.

Although Mikey Musumeci won his first black belt world championship in no-gi, he is best known for his gi game. He was a three-time world champion in the gi from 2017 through 2019, often relying on his berimbolo and ankle lock game. Musumeci’s game seem to translate well to no-gi against Cohen, as he used the threat of a leg lock to gain top position where he patiently passed the guard before setting up the finishing submission.

Lucas Pinheiro was arguably the best light featherweight jiu-jitsu player in 2020, winning the gi and no-gi Pans. In contrast to Musumeci’s guard-heavy approach to jiu-jitsu, Pinheiro is known for his pressure passing. The pair has met before in the finals of the 2016 Pans (in the gi), with Musumeci earning a win by points.

WNO will be headlined by match-up between Gordon Ryan and Luiz Panza.

How to watch: WNO will take place on May 28, 2021, and will air live on FloGrappling (subscription required).