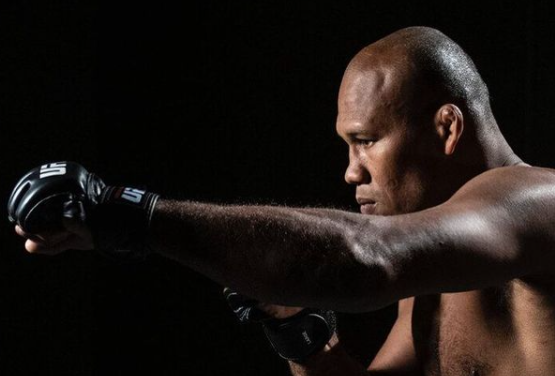 Legendary jiu-jitsu competitor and retired MMA and UFC fighter Ronaldo “Jacare” Souza isn’t ready to to hang up the gloves for good. According to a report from Sherdog.com, Souza is in the process of finalizing plans for his boxing debut.

The 42-year old Brazilian has not competed since a May 2021 submission loss to Andre Muniz at UFC 262. Following the loss, Souza was released by the UFC. Later that year, Souza announced his official retirement from MMA, as well as plans to open his own state-of-the-art training facility.

Because the contract for Souza’s boxing debut has not yet been signed, he could not divulge his opponent or promoter.

Souza made his professional MMA debut in 2003, and would earn a record of 26-10, winning the Strikeforce middleweight championship along the way. He holds notable MMA wins over former UFC champions Robbie Lawler, Chris Weidman, and Vitor Belfort. Souza was released from the UFC following a submission loss at UFC 262 in which he suffered a broken arm; it was his fourth consecutive defeat.

Souza is one of the most accomplished jiu-jitsu competitors to ever compete in the highest levels of MMA. He is a three-time IBJJF world champion, an ADCC world champion, and an ADCC superfight winner. Souza holds impressive jiu-jitsu wins over Roger Gracie (twice), Robert Drysdale, and Braulio Estima (three times). He has not competed in grappling since a 2011 ADCC loss to Estima.