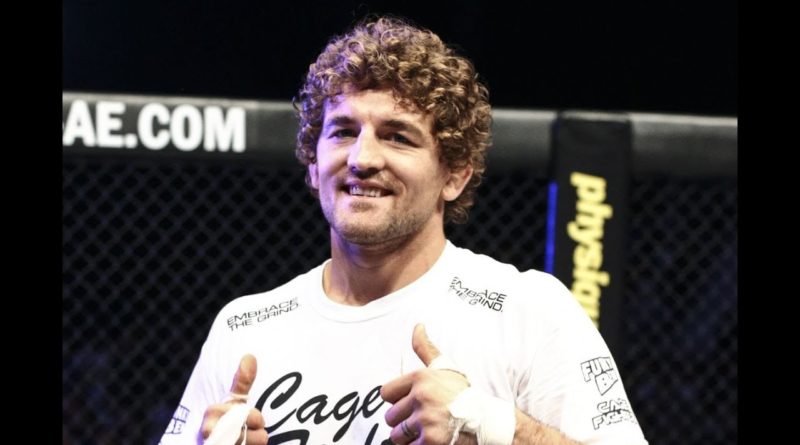 Demian Maia and Ben Askren have verbally agreed to face off on the UFC Singapore card on October 26th. This grappling heavy bout will be one of the more interesting match ups in the welterweight division of late, with no clear favourite as yet.

If that’s good for the @ufc , and for you as well, I would be happy to compete with you on that date. It is a intriguing challenge and I’m up for it! As a grappler it’s the kind of challenge that motivates me. It’s truly up to them.

Askren will be cleared to fight again in September, so he’s wasting little time getting back in there. This will be Askren’s first battle against a submission specialist in the UFC, and a very different challenge to his last two opponents, Lawler and Masvidal. It is not clear what Askren’s strategy will be: will he stuff the takedowns to avoid Maia’s slick Jiu Jitsu game, or use his superior wrestling to get on top of the Brazilian and pound him out?

Maia is on a two fight winning streak, and looking to make one last run at the title. With his recent matches against wrestlers being remarkably lacklustre (see his matches against Woodley, Covington and Usman) this doesn’t bode well, but it isn’t clear who will take this match if it stays on the feet. On the ground, most people give the match to Maia, but again, Askren has yet to be tested against a grappler of UFC calibre, and people might be surprised.

With the fight all but official, how do you think it will go? Does it stay standing, or go to the ground? And wherever it goes, who takes the W?