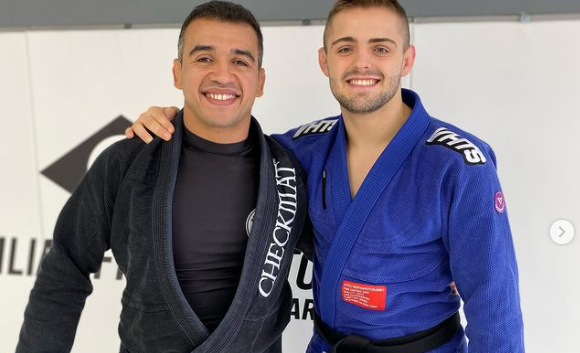 He was already one of the top competitors in grappling, but now he’s officially a black belt. On Saturday, 20-year old jiu-jitsu phenom William Tackett was awarded his black belt from Rodrigo Cabral.

“Totally speechless, I can’t even find the words to describe how I’m feeling right now,” Tackett wrote on Instagram. “Just extremely thankful for every single person that has taken part in my journey.”

Just a little over three years ago, Tackett was a weight and absolute no-gi juvenile world champion. It comes as no surprise then, that Tackett has spent the past couple of years establishing himself as one of the best no-gi and submission-only competitors in the sport. Already in his relatively brief career, he holds wins over top grapplers like Andrew Wiltse, Tex Johnson, and John Combs.

Tackett most recently competed at Fight to Win 166, earning a submission win over no-gi black belt world champion Manuel Ribamar. He is set to return to action on April 3 when he will compete in the Third Coast Grappling absolute grand prix.