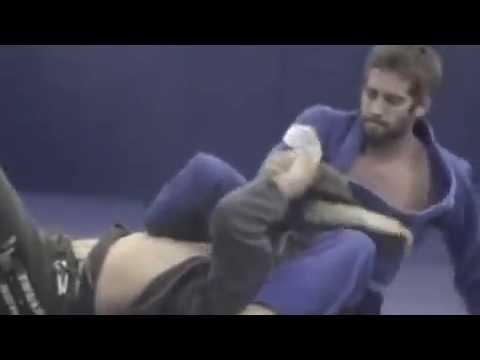 In our new series: “BJJ Archive”, we will chronicle some of the forgotten moments of our sports history in popular culture.

On November 30, 2013. Hollywood A-lister, Paul Walker and his close friend Roger Rodas tragically passed away in a single vehicle accident in San Clarita, California. Walker and Rodas were returning from a charity event when Rodas lost control and their Porsche crashed into a lamp post and two trees.

Walker’s death impacted a lot of people. He was a family man and the figurehead of the Fast and the Furious film franchise, he was adored by film fans around the globe. While Walker dedicated his life to the silver screen, his other life passion is less known about. Walker dedicated the final decade of his life to Brazilian Jiu-Jitsu and made a great impression on all he met in the grappling community.

Walker first stepped onto the mats at Paragon Brazilian Jiu-Jitsu in 2004 and from day one he was hooked to the sport. Under the tutelage of Ricardo Franjinha, Walker trained tirelessly around his hectic filming schedule. Unlike most celebrities who train, Walker attended group classes as well as privates and was a dedicated member of the Paragon family by all accounts.

To ensure that his skills kept developing, Walker flew his coach to train him on set during his time filming ” The Death and Life of Bobby Z” and Walker made it one of his ambitions to showcase realistic grappling sequences in fight scenes.

Walker would receive his brown belt under Franjinha in 2012 after developing an all-around strong grappling game with his guard being his specialty.

Eerily Walker predicted his promotion to black belt in an conversation he had with his coach when he started training. According to Franjinha, Walker said he might only get his black belt when he died:

“As I reflect back on his life, I remember one of our first conversations. Sitting in our gis on the mat, Paul was like many white belts; he wanted to know about becoming a black belt. I told him that at Paragon we don’t give away black belts. I said that I didn’t care who he was, I was not giving him a “celebrity black belt.” He loved that! He said that he knew that he was starting late (he was 31), but he was determined to become a black belt. He said “I will get my black belt, even if I need to get it in my coffin.”

Shortly after Walker’s death, Franjinha gave his black belt to Walker’s father . In an interview with Fightland, Franjinha reminiced about the conversation with the fallen actor’s father:

“I gave his black belt to his dad at the memorial they had for his family. I said, “Mr. Walker I want to give you one thing that I know Paul would be proud to have. He has been training long with me, almost 10 years.” I asked him if he wanted to put it in the tree at the crash site because I had seen someone put up a brown belt there. Or, if he wanted, he could put it in the coffin. But he said, “No way I’m going to take his home, I want to keep this because I know how much this means to him.” Paul’s a Paragon black belt now.”