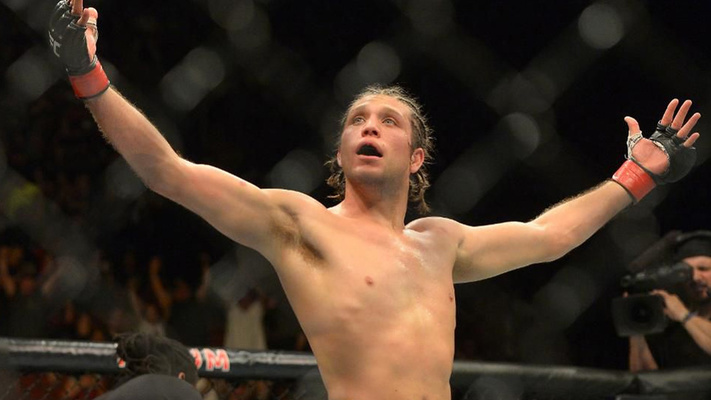 Dana White revealed to journalists following UFC 248 that Brian Ortega was forcibly removed from the crowd after fighting with the Korean Zombie, Chan Sung Jung and his entourage. The pair were actually scheduled to meet at UFC on ESPN+ 23 just before Christmas last year. Unfortunately, Brian Ortega was ruled out of the bout with Korean Zombie citing a knee injury as the cause and was quickly replaced by Frankie Edgar. Chan Sung Jung would go on to win that fight via Knockout in the first round, shooting up to number 4 in the UFC Featherweight Rankings and making a case for a title shot in the near-future.

It was then confirmed that the real victim was Korean Pop Star Jay Park who had previously been serving as Chan Sung Jung’s translator and apparently, Ortega had taken issue with something that he had translated during a bout of smack talk. With that being said, that’s no excuse for him to strike someone and obviously, any issue he has with what’s being said is with the fighter saying it, not the man translating it.

Since that time, footage has emerged of the aftermath of the incident and Brian Ortega can be seen being escorted from the fighter section by security who look less than impressed with him. The numbers 2 and 4 ranked UFC Featherweights seem determined on meeting each other soon and given the UFC’s recent track-record for enjoying an extracurricular brawl or two, it’s unlikely that this hiccup will delay them in facing off against each other.