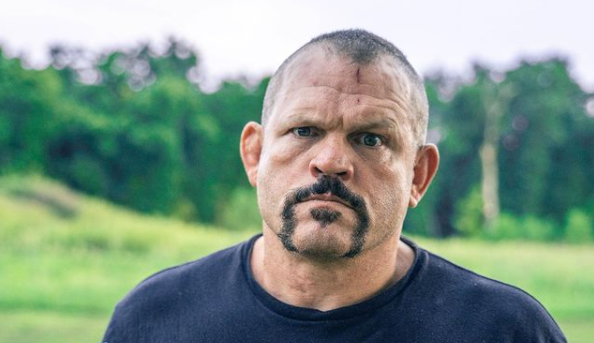 On Monday, UFC hall of famer Chuck Liddell was arrested on a misdemeanor charge of domestic battery (first reported by TMZ). Initial reports indicated that Liddell had been in a physical altercation at his Los Angeles-area home with his wife, Heidi Northcott. Liddell was booked into jail in the early morning hours of Monday, and has since posted bail for his release.

Shortly after his release, Liddell took to Instagram to briefly give his side of the story.

“I was the victim of the incident last night at our family home,” wrote Liddell. “The deputies informed me that my wife would be arrested, as I did not respond to her assault while I sustained bruising and lacerations. I volunteered to go in her place.”

A veteran of 30 professional fights, Liddell is a former UFC light heavyweight champion and one of the most widely recognized MMA fighters in the history of the sport. He captured the UFC title in 2005 when he defeated Randy Couture. Liddell would successfully defend that title four times before losing it to Quinton “Rampage” Jackson in 2007. The 51-year old Liddell has not competed since a November 2018 knockout loss to longtime rival Tito Ortiz at a Golden Boy Promotions MMA event.