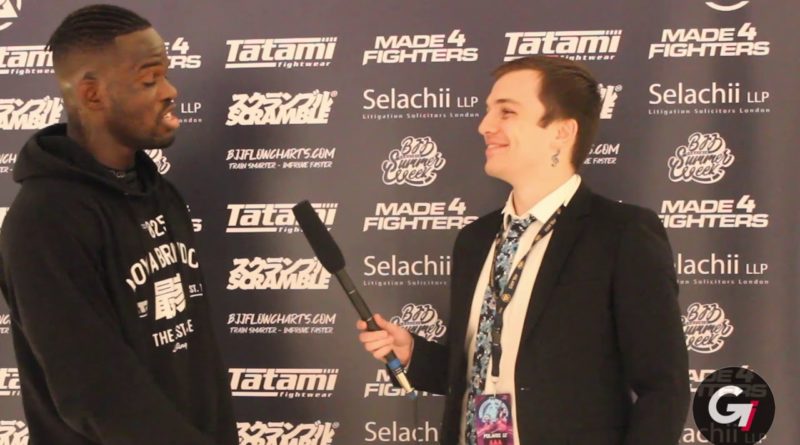 Devhonte Johnson came out of Polaris 12 with a decision win over Arya Esfandmaz. Although, as he explains, he wasn’t exactly happy with the match itself as it was largely contested on the feet. Esfandmaz is an experienced Judo Black Belt and used his incredible balance and takedown defense to nullify Johnson’s takedown attempts.

Johnson explained his plans for the future and how he’ll be right back into training when he arrives home after Polaris, in order to get preparation in for the No-Gi World Championships on December 12th.

On top of that, Devhonte Johnson wasted no time in requesting a rematch with Esfandmaz in order to get another chance to try and work his takedown game. The only difference is, this time he wanted to take the fight into Esfandmaz’s area of expertise and have the match wearing a gi instead.

This puts an interesting spin on a potential rematch for the pair as it adds a different dimension to the fight. If all goes according to Johnson’s wishes then we might get to see exactly how good his standup game is, in someone else’s world.