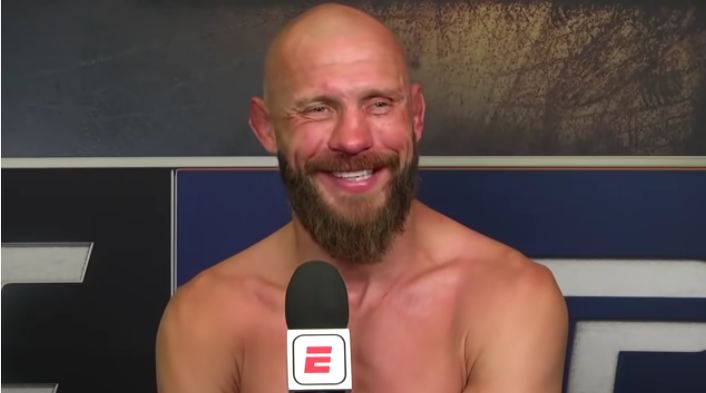 On Saturday, long-time UFC veteran and fan-favorite Donald Cerrone extended his winless streak to six fights when he was finished in the first round by Alex Morono at UFC on ESPN 24. After the fight, in an interview with Brett Okamoto of ESPN, Cerrone clarified that he does not plan to retire quite yet.

“I don’t know what to answer you on ‘is it that time?’ I don’t know, I don’t feel like it,” Cerrone said on the question of potential retirement. But how I feel and how I perform are two different things.”

Cerrone was clear on one thing: this was not his last fight.

Cerrone also explained that when he does have his final fight, fans will know about it and he’ll plan it to be his last bout ahead of time.

“When it’s time, let me bow out right,” he explained.

Donald Cerrone is one of the most beloved fighters currently in the UFC, largely due to his incredibly active fight schedule and willingness to fight seemingly anyone at the drop of a hat. He joined the UFC in 2011 and has fought for the organization an incredible 37 times, earning a performance bonus in 16 of thous bouts. Cerrone challenged unsuccessfully for the UFC lightweight title 2015, losing to then-champion Rafael dos Anjos.