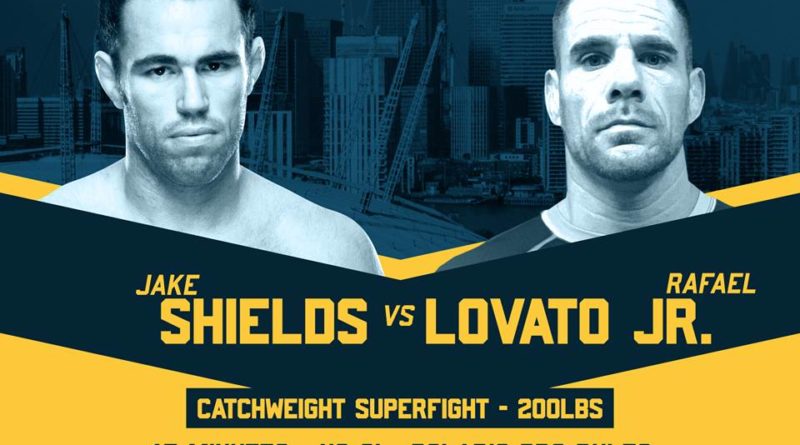 Polaris has announced that Rafael Lovato, Jr. will meet Jake Shields in what promises to be an explosive main event at Polaris 9.

Rafael Lovato, Jr. is undefeated in Mixed Martial Arts and currently signed with Bellator. He is a black belt under Carlos Machado, and has trained and competed against Saulo Riberio. Perhaps his most noteworthy achievement is becoming the second American to win the World Jiu Jitsu Championship as a black belt (BJ Penn was the first). He has won nearly all of his MMA fights by submission.

Meanwhile, Jake Shields has an extensive MMA record. Shields has previously held the Strikeforce Middleweight Championship, the last Rumble on the Rock Welterweight Champion, and currently holds a professional MMA record of 33-11, with one draw and one no contest. He trains under Cesar Gracie, claiming membership in the “Skrap Pack” (which includes the Diaz brothers, Gilbert Melendez, and Dave Terrell). When asked, he describes his style as “American Jiu-Jitsu“.

Also recently added to the card is Eoghan O’Flanagan v. Tarik Hopstock. O’Flanagan has proven himself at Grappling Industries and made a fair showing at ADCC European Championship 2018. However, he will not have it easy against the Norwegian grappler. Hopstock has a much more extensive record. This will certainly be an exciting bout between the two younger grapplers.

Polaris 9 will take place on March 15, 2019 at Indigo at the O2, Greenwich, London, and will be aired live and exclusive on UFC Fight Pass.