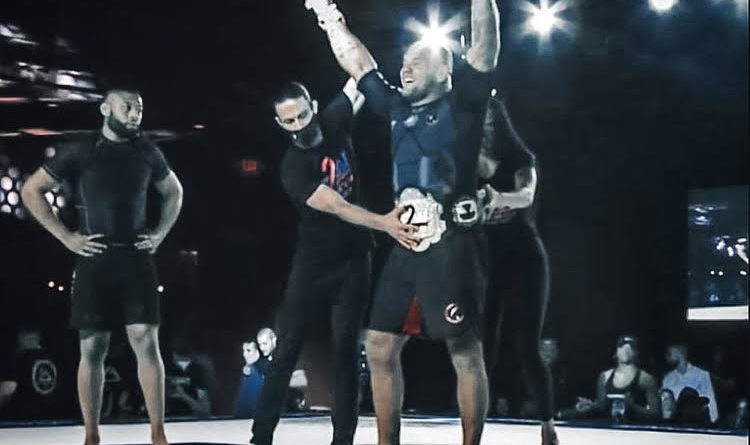 Fight to Win 161 took place live from Miami, FL on January 22, 2021. In the no-gi main event, Roberto “Cyborg” Abreu earned a unanimous decision win over Tim Spriggs in front of Cyborg’s adopted hometown crowd. The card also saw Diego “Pato” Oliveira secure a razor-close decision win over Gabriel Sousa in the night’s co-main event gi match. And lower on the card, Aaron “Tex” Johnson delivered arguably the best submission of the evening when he wrapped up a reverse armbar (also known as a “violin armbar”) on Arnoldo Maidana.

The main event wasn’t exactly an action-packed affair. For more than the first six minutes of the 10-minute submission-only match, Abreu and Spriggs hand fought on the feet with neither man willing to commit to a takedown. Eventually, Spriggs attacked Abreu’s hips, prompting Abreu to lock up a front headlock that he used to secure the first takedown of the match.

Spriggs refused to stay on his back long, though, and quickly worked back to his feet. Abreu would earn another takedown shortly after and nearly pass Spriggs’ guard, but never came close to threatening a realistic submission. Ultimately, it was Abreu’s two takedowns that earned him a unanimous decision victory.

Oliveira vs. Sousa was a back-and-forth technical match, and despite Oliveira walking away with a split decision win, there was no obvious winner. The pair spent most of the match on the mat engaged in a guard battle with both men sweeping each other, and at times threatening with leg locks.

“Tex” Johnson couldn’t have asked for a better performance, as he quickly dispatched Maidana — an IBJJF world no-gi champion — with a reverse armbar from his back. After sitting to guard early in the match, Johnson first secured a triangle and then a reverse triangle on Maidana. Maidana defended the choke by hiding his arm, which Johnson soon isolated to earn the reverse armbar submission.

Fight to Win returns to Miami next week with an all-female card scheduled for January 29.