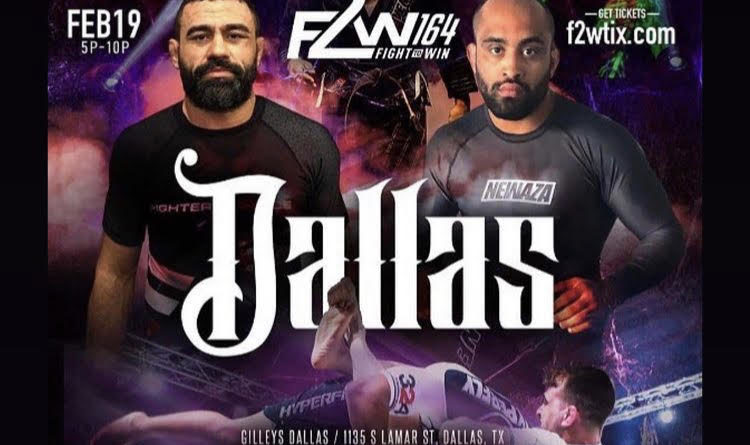 Another week, another loaded Fight to Win card. Fight to Win 163 will take place on Friday, February 19, live from Dallas, TX with a main event featuring Yuri Simoes and Vagner Rocha. The rest of the card is filled with elite black belt competitors like Dante Leon, Oliver Taza, Gabriel Sousa, Gianni Grippo, and more.

Simoes and Rocha are two of grappling’s toughest and longest-tenured black belt competitors. Both men have realized plenty of success in no-gi competition. Simoes is a two-time weight and absolute IBJJF world champion, as well as a two-time ADCC champion.

A UFC veteran, Rocha is known for his gritty, physical approach to the gentle art. Since retiring from MMA in 2017, Rocha has dedicated his full energy to competitive grappling. He holds recent notable wins over Ronaldo Junior, Jon Blank, and Pedro Marinho, to name a few.

Lower on the card, 2019 IBJJF world no-gi champions Manuel Ribamar and Dante Leon will square off. Leon is coming off a fun and competitive decision loss to Roberto Jimenez, while Ribamar is coming off a loss to Jon Blank.

Fresh off a victory at Fight to Win 163, Pedro Marinho will look to continue his winning ways when he meets Danaher Death Squad representative Oliver Taza. Also, 2018 IBJJF no-gi world champion Gianni Grippo will aim to pick up his first win in three tries over Gabriel Sousa, who last competed at Fight to Win 161, dropping a decision to Diego “Pato” Oliveira.

Per usual, Fight to Win 164 is loaded with matches featuring top black, brown, purple, and blue belts, as well as teens. The event will air live on Flo Grappling.