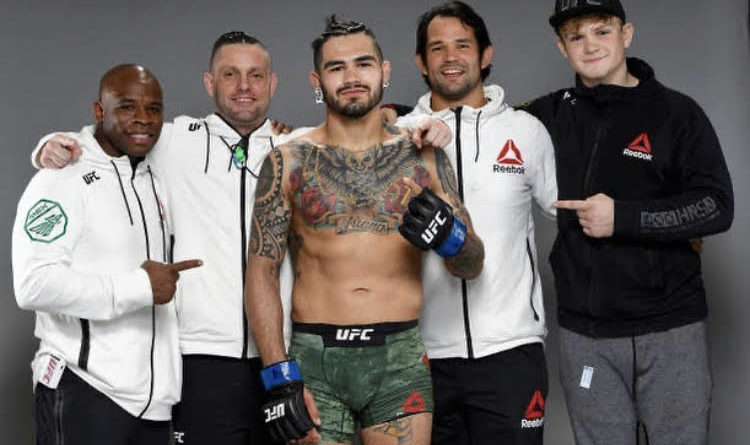 One of the most shocking upsets in MMA so far this year may be even more shocking than we had thought. In a recent interview with MMA Junkie, Anthony Hernandez revealed that he thinks he broke his right hand prior to submitting jiu-jitsu ace Rodolfo Viera at UFC 258.

Hernandez closed as a three-to-one underdog to the much-hyped and undefeated Viera. But after surviving an early scare on the mat, Hernandez used his striking to beat down the exhausted Viera for much of the first round. Hernandez continued that attack into the second round when he wrapped up a modified arm-in guillotine choke to pull off the improbable: he submitted one of the most credentialed grapplers to ever compete in the Octagon.

“One of the right hands. I’m pretty sure broke the hand, it just went numb,” Hernandez said. “It was like, ‘[expletive],’ … I kept throwing, it didn’t look like it was broken but it (expletive] hurt.”

Hernandez earned a $50,000 Performance of the Night bonus for his win. Broken hand or not, securing a submission against Rodolfo Viera is a tremendous feat.

For Viera, it’s back to the drawing board. One of the best jiu-jitsu players and guard passers ever, Viera’s professional MMA record is now 8-1.