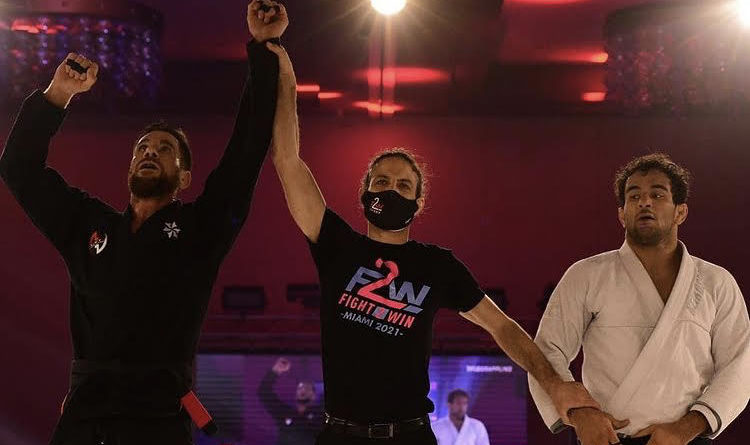 On Saturday, Fight to Win returned to action with another evening of submission-only grappling. In the main event of Fight to Win 166, jiu-jitsu legend Rafael Lovato Jr. defeated Gabriel Almeida by submission, and in the co-main event, young grappling phenom William Tackett secured a quick heel hook finish of Manuel Ribamar.

View the complete Fight to Win 166 results below.

Almeida — the 2020 American Nationals no-gi weight and absolute champion — put Lovato in difficult spots early on with a couple of flying armbar attempts. But around the mid-point of the match, Lovato moved to his trademark guard passing position and sliced through Almeida’s guard with a knee slice. Once in side control, Lovato secured a picture-perfect kimura for the win.

In the co-main event, William Tackett improved his Fight to Win record to 10-0 with a quick submission of Manuel Ribamar. Tackett jumped into a leg entanglement early and attacked an outside heel hook immediately. Ribamar rolled to the edge of the mat, but was ultimately forced to tap. Once again, Tackett announced himself as one of the best young talents in the entire sport.

Check out Tackett’s heel hook below.