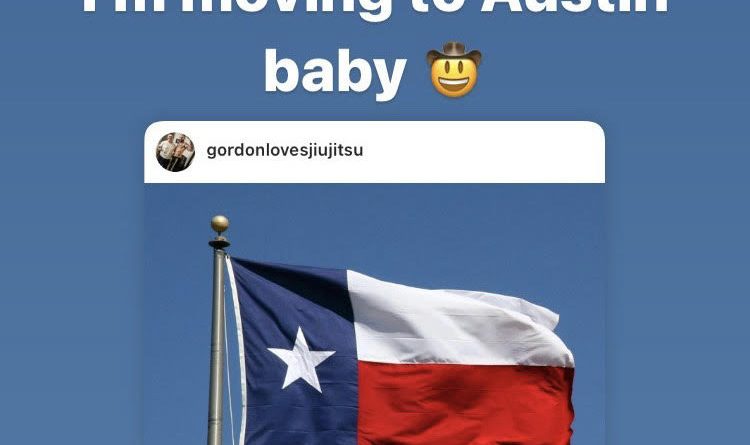 There continues to be fall-out from the news that the Danaher Death Squad has ended as a single training and competition unit. On Monday, Craig Jones announced who he plans to continue to to train with. Also on Monday, Gordon Ryan announced his plans to move to Austin, TX, where he will open up a jiu-jitsu academy of his own.

“I’m moving to AUSTIN TEXAS and opening an academy with those who are deciding to stay with me,” Ryan wrote. “There is uncertainty about who will go where as of now, the one thing that is sure is that I have an undeniable connection with my Texas fans and there’s nothing in this world I love more than teaching those who support and love me. Texas jiu-jitsu was already on the map, but myself and my team will make it to Jiu-Jitsu capital of the world. Moving in the next couple of months, who is joining and what part of Austin should we open and why.”

Ryan — the most accomplished competitor on the DDS and grappling’s biggest current star — has also made it clear via social media that he hopes to follow Danaher wherever he ends up next.

Does this mean that Danaher will be a part of Ryan’s academy in Texas? Does this mean that he’ll continue to train alongside Craig Jones and his so-called “B Team” in Austin, as well? As of the time of this writing, no other specific plans have been announced.