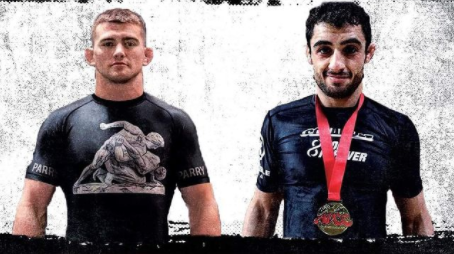 Grapplefest 10 is scheduled for Saturday, November 20, live from Liverpool, England, and the card features a number of elite competitors. In the main event, no-gi world champion Dante Leon will face ADCC trials winner Oliver Taza in a match that should produce fireworks. And elsewhere on the card, both Tye and Kade Ruotolo both take on high-level opponents.

A 2019 no-gi world champion, Dante Leon has an excellent takedown game that complements his dangerous guillotine choke. He comes into his match against Oliver Taza following a silver-medal performance at the 2021 no-gi Worlds. A former member of the Danaher Death Squad, Taza is a leg lock specialist, but recently has shown improved wrestling and wrestle-ups. He is one of the sport’s most active competitors; he is coming off a second-place finish at Third Coast Grappling 8, and earlier this year Taza captured his second ADCC Trials gold medal.

How to watch: Grapplefest 10 takes place on Saturday, November 20 at 11 AM ET and will air live on FloGrappling (subscription required).