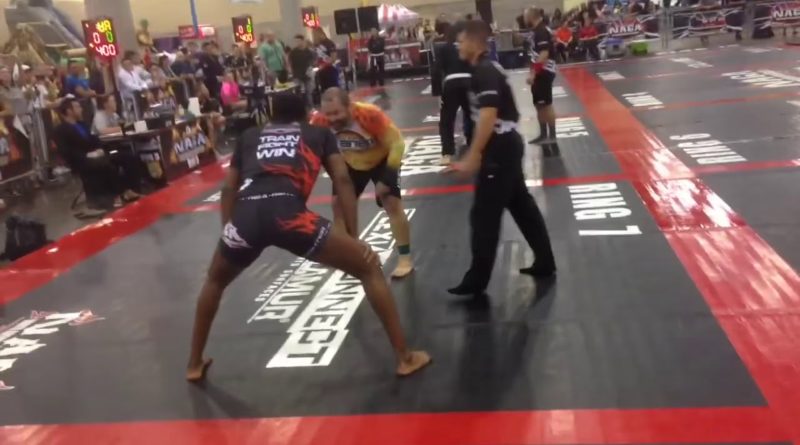 Jackson Wink’s official YouTube channel has just released footage of Jon Jones tearing it up in a NAGA grappling match. Of course, going against hobbyists, there wasn’t really much of a question how things would go down. Although Jones is not officially ranked as a Jiu Jitsu black belt, he has beaten them in the cage, and has always displayed superb grappling.

The size difference was extremely noticeable in both of the matches. It seemed hard to believe that Jones could have been the same weight as his opponents, the way he towered over them. The physical divide between professional athletes and people who train for fun could easily be seen.

However, it was all in good fun. Jon Jones may be a decorated college wrestler, but he was not aggressive with takedowns. Instead he played a more relaxed game, looking for counters. He gave up his leg to be taken down a couple of times, and mostly looked to trap his opponents and work technically. There was more of a feel of a roll in the gym than an actual competitive match. Which makes sense given the likely gulf in ability between Jon Jones and his opponents. In the end, Jon even had a fun little “match” with a young girl at the tournament. He lost via armbar, but was humble in defeat.

Jon Jones was last seen on the biggest stage at UFC 239 having the closest fight of his career against Thiago Santos. He’s next set to compete at UFC 247 on February 8th, 2020 where he will meet rising star, Dominick Reyes in what is sure to be a superb matchup.