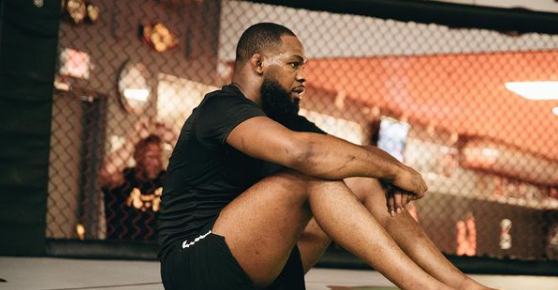 Former UFC light heavyweight champion Jon Jones is set to compete for the first time in nearly two years, but it won’t be in an MMA fight. On Saturday, Jones announced announced that he will be facing Bellator MMA heavyweight fighter and AEW professional wrestling star Jake Hager (AKA Jack Swagger) in a grappling match. The match is set to take place at a Fury Grappling event on December 9.

Hager is currently signed by AEW, not the WWE, as a fan was quick to point out.

Although Hager is best known for his work in professional wrestling, that doesn’t mean he’s lacking in athletic ability. In fact, Hager has a legitimate amateur wrestling background, as he was a Division 1 All-American at the University of Oklahoma. Hager also sports a 3-0 (1 NC) professional MMA record, with all of those bouts taking place in Bellator. Hager most recently competed in October 2020 when he earned a controversial split decision over Brandon Calton.

Jones is widely considered one of the best current and ever pound-for-pound MMA fighters. Since his last bout — a decision win over Dominick Reyes in February 2020 — Jones has found himself in legal trouble. He was recently arrested for domestic violence stemming from an incident that took place in Las Vegas just hours after he was inducted into the UFC Hall of Fame. Jones, who has been hinting at a move to heavyweight since his bout with Reyes — is not currently scheduled for an MMA bout.

This will not be Jones’ first foray into submission grappling. In 2016, Jones defeated fellow MMA legend Dan Henderson at Submission Underground 2.