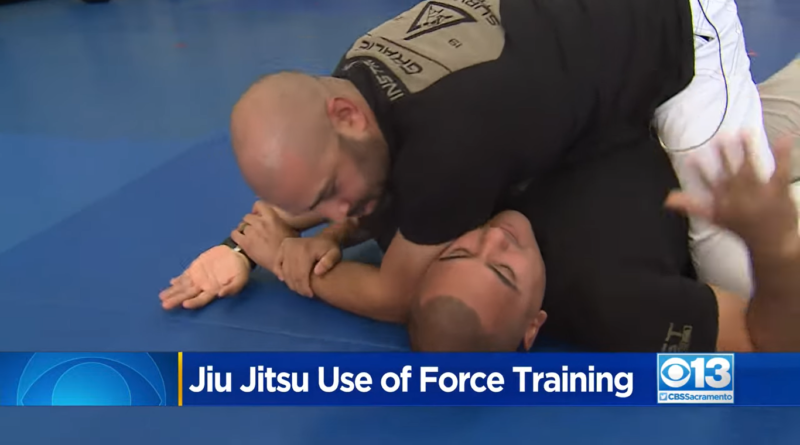 “In jiu-jitsu, if there’s distance, strikes can hurt you,” said Manteca Police Officer Jose Plascencia. “The closer you are, the strikes don’t hurt as much. They don’t have as much force.”

For the Manteca Police Department, Brazilian Jiu Jitsu is an approach that’s not only helping more police officers get home safely, but keeping use-of-force complaints down too. A system of holds and locks is paving a new path in policing, creating more confident and more self-controlled cops.

Manteca Police Sgt. Joshua Sweeten noted, “The FBI’s come out with recent statistics that, in upwards of the 90th-percentile range, that a confrontation will end up on the ground.”

Rener Gracie – “Every untrained officer is an accident waiting to happen,”

The legendary world champion Black Belt Rener Gracie helped launch Gracie University and is the co-creator of Gracie Survival Tactics. He speaks out about the positive changes adding BJJ to the force is creating,

“Every untrained officer is an accident waiting to happen,” he says.

Gracie continues, ““All the techniques have been adapted for the law enforcement consideration that needs to be brought into the equation: weapon retention, handcuffing, multiple attackers potentially, confined spaces. When police officers get better training like we have in Manteca, their use-of-force intensity will go down.”

In California, police are only required to take four hours of hands-on defensive tactics training every two years. It’s a standard Gracie argues needs to change,

“Naturally, officers are going to revert the tools that are on their tool belt; the physical tools – whether that be pepper spray, taser, a baton, a firearm – and they’re going to resort to those very quickly, because there are no empty hand skills being taught,” Gracie says.

With training in BJJ, officers can learn how to handle an untrained opponent and therefore not need to use a weapon – the safest option for everyone involved.