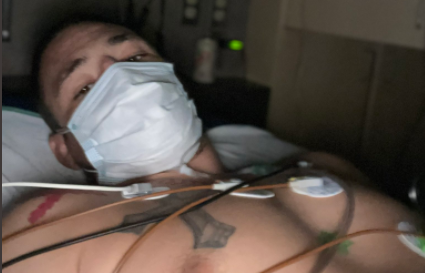 Former longtime UFC fighter Diego Sanchez is struggling with serious health complications from COVID-19. On late Thursday night and the early morning of Friday, Sanchez posted to social media that he has been hospitalized with pneumonia and blood clots as a result of his battle with COVID-19.

Sanchez, long known for his enigmatic and unique personality, as well as his entertaining fighting style, won the first season of The Ultimate Fighter in 2005. In 2009, Sanchez unsuccessfully challenged BJ Penn for the UFC lightweight title. Sanchez last competed in September 2020 when he dropped a decision to Jake Matthews. He had won three of his last five bouts.

Sanchez is perhaps best known for his numerous fight of the year and fight of the night performances, including his battles with Karo Parisyan, Gilbert Melendez, and Clay Guida — a fight that landed him in the UFC Hall of Fame.