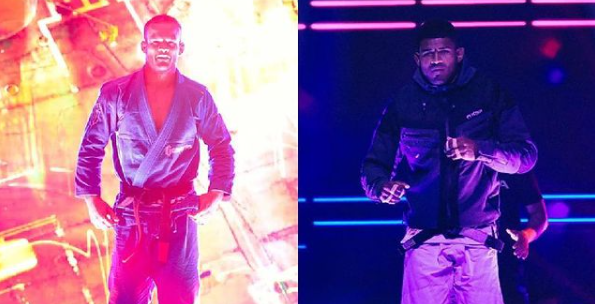 We are now just a few weeks from Fight to Win 173 on June 11, and the card is beginning to take shape. Recently, the promotion announced a black belt match-up between Marcos Tinoco and Yago de Souza.

Marcos Tinoco is a black belt under the legendary Marcelo Garcia and one of his most accomplished competitors. He is a two-time European Open champion and a two-time no-gi Pans champion. This will be his first match in nearly two years; he last competed in 2019, losing a close match to Manuel Ribamar.

Yago de Souza is a black under Cicero Costha, and was a 2016 European Open and Pans black belt champion. In contrast to Tinoco, de Souza has been an active competitor over the past couple of years, regularly competing in and winning non-major IBJJF tournaments.

How to watch: Fight to Win 173 takes place on Friday, June 11, and will air live from Dallas, TX on FloGrappling (subscription required).