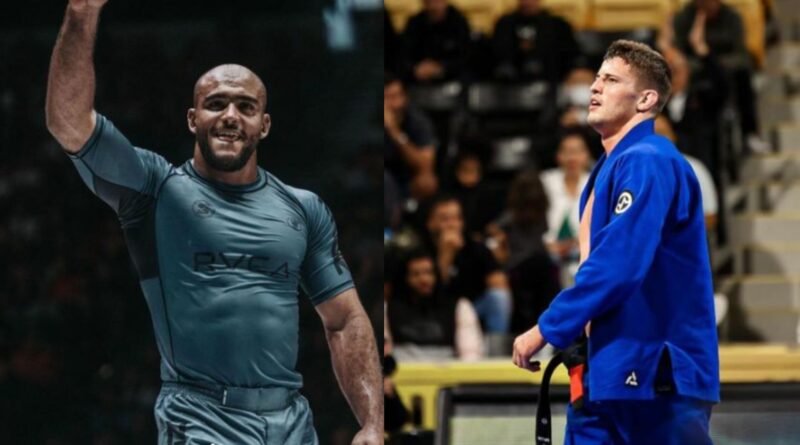 Nicholas Meregali and Kaynan Duarte are hoping to face each other in both gi and no-gi matches next year.

Elite BJJ competitors Nicholas Meregali and Kaynan Duarte have been going at it over social media as momentum is building toward a fifth and sixth showdown between the two.

In a recent interview with FloGrappling, Duarte – who recently captured his second ADCC gold medal – responded to Meregali’s critiques of Duarte and his style of grappling. Duarte said that he’d like to face Meregali in a 30-minute no-gi match and is confident that he’d submit him, were that to happen. Duarte also stated that he would be interested in a gi match against Meregali.

According to Meregali, a gi match is already in the works for May 2023.

After Meregali made the above post, Duarte made his own in which he stated that Meregali declined a February no-gi match. Meregali had been slated for a highly-anticipated rematch against Craig Jones on a February Who’s Number One (WNO) card, but that match was canceled due to a Jones injury.

Next, Meregali fired back and confirmed that he did in fact turn down a February WNO match against Duarte, claiming that he needs more time to promote the clash. According to Meregali, he’s happy to square off with Duarte in no-gi competition during the second half of 2023.

The two rivals have met in competition four times previously, with each man winning a pair. Notably, each of those matches took place in the gi.

Meregali began competing in no-gi for the first time just earlier this year and found immediate success under the careful guidance of John Danaher of New Wave Jiu-Jitsu. At the 2022 ADCC World Championships, the two-time gi world champion took home third in his weight class and second in the absolute.

Meanwhile, Duarte has been one of the sport’s top competitors in both gi and no-gi for the past several years. The Atos representative won his first of two ADCC gold medals in 2019, and captured his first and only IBJJF world championship in the gi in 2021.