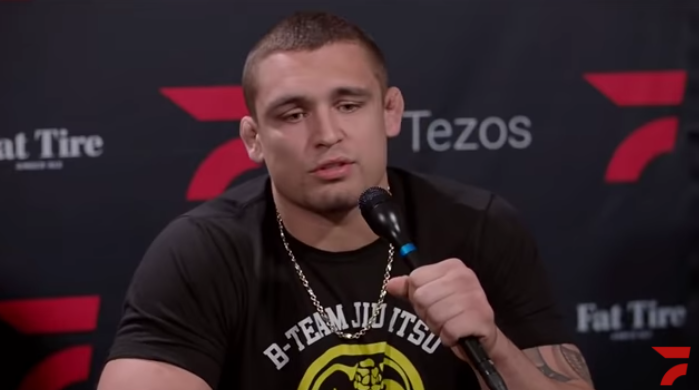 Nick Rodriguez burst onto the competitive grappling scene in 2018, and in 2019, he won silver at the ADCC Championships. It was an impressive achievement, particularly considering that he was just a blue belt at the time.

Rodriguez used his outstanding athleticism, high-level wrestling, and the expert guidance of the Danaher Death Squad to rise to prominence so quickly. But in the summer of 2021, the Danaher Death Squad disbanded. Rodriguez joined Craig Jones at The B-Team in Austin, TX, while Rodriguez’s former training partner and 2019 ADCC double gold medalist Gordon Ryan followed Danaher to form New Wave Jiu-Jitsu.

Now, Rodriguez appears to be on a collision course with Ryan, with the two potentially meeting at the 2022 ADCC Championships.

Ahead of his Who’s Number One match against Elder Cruz, Rodriguez was asked about a potential match-up with Ryan.

An ADCC match-up with Gordon is very likely. I’m enjoying the anticipation of this match. I believe everything I have to offer is up to par with the best in the world. A guy like Gordon is the perfect kind of competitor to test my limits, test my capabilities. He’s been a practice partner that I’ve been accustomed to rolling with since the beginning, since I first wet my feet in this sport. I’ve always chased the best, I’ve always wanted to compete against the best, I’ve always wanted to be the best, so this is my road to doing that.

Of course, there are no guarantees that the former training partners meet at the ADCC Championships. But both men are planning to enter both the heavyweight division, and both early favorites to make it deep into the tournament, so a showdown seems likely. It would immediately be one of the most anticipated matches at the 2022 ADCC Championships.