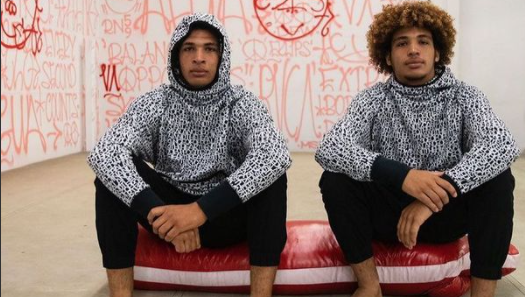 The 2021 IBJJF Worlds are little over a week away, and elite competitors and twin brothers Tye and Kade Ruotolo are both registered to compete in the adult brown belt division.

Both Ruotolo brothers have largely been competing and succeeding against black belts (albeit in no-gi competition), so they are early favorites to make it deep into the tournament. That raises the question: What happens if both Kade and Tye Ruotolo make it to the finals? A “close-out” is a common occurrence at many IBJJF tournaments, in which teammates that are matched against each other in the finals do not compete against each other, but rather agree in advance which grappler will win.

In a recent interview with FloGrappling, Kade Ruotolo talked about the possibility of facing his brother in the finals of Worlds.

For fans of high-paced, submission-oriented jiu-jitsu, this is great news. Not only are the Ruotolo brothers elite competitors, they are also two of the sport’s most entertaining. Fans have previously been treated to what a potential match-up between Tye and Kade might look like by way of the brothers’ garage sparring sessions.

Kade Ruotolo has looked nothing short of dominant in competition this year, losing only to the larger Roberto Jimenez. In September, he won the Who’s Number One (WNO) lightweight championship with a win in the finals over Gabriel Sousa. Kade is coming off a first-place finish at the ADCC East Coast Trials.

Tye Ruotolo has also seen plenty of success in 2021. He is also a WNO champion, winning the belt in September with wins over Johnny Tama, Dante Leon, and Mica Galvao.

How to watch: The IBJJF Worlds take place on December 9-12 and will air live on FloGrappling (subscription required).