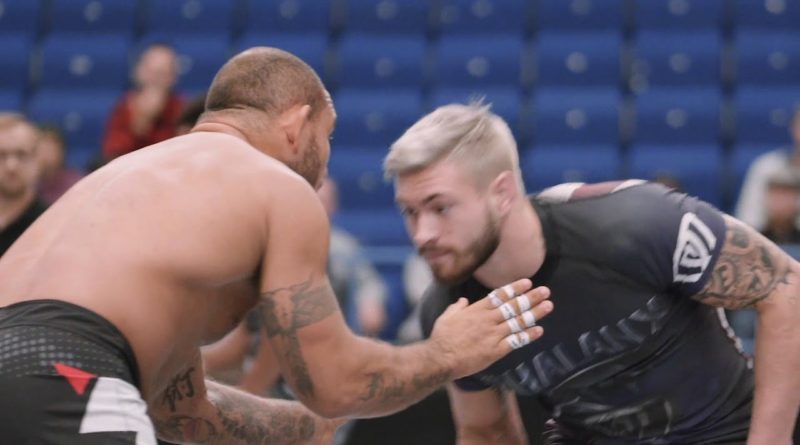 Love him or hate him, it’s impossible to deny that Gordon Ryan is one of the best grapplers on the planet. In this article I will stake my claim that the “King” is the best American submission grappler of all-time.

Gordon Ryan’s road to the top of the submission grappling world is unlike most modern champions. Ryan didn’t roll straight out of his diapers and onto the mats, instead his first exposure to jiu jitsu didn’t take place until he was 15. Gordon was not a stud wrestler, nor was he an elite athlete, Gordon was a diminutive scrawny kid when he received his first introduction to jiu jitsu with Miguel Benitez.

Luckily for Ryan, the first school he walked into happened to be a part of one of the sport’s best teams and within weeks he was training directly under Tom DeBlass. DeBlass instructed Ryan until he began to train under Garry Tonon at New Brunswick BJJ when he was a 4-stripe white belt. Tonon at the time, was an up-and-coming brown belt and was beginning to make a name for himself on the international competition stage.

Ryan’s development was aided by his coach’s exposure to high-level competition and by the time Ryan had earned his purple belt, he was already becoming a name in his own right. Gordon Ryan emerged onto the scene as a scrawny purple belt, who mesmerised fans with his unrivalled grappling IQ and his propensity to secure exciting submission finishes.As a purple belt Ryan was submitting black belts in both gi and nogi, but even this couldn’t foreshadow the success he would come to have as a black belt.

Ryan’s time at brown belt was short. After just 6 months of competition success, Ryan was promoted by Tonon under the watchful eyes of Tom DeBlass and John Danaher, who would become the most important part of his training in years to come.

In his first year as a black belt, Ryan defeated a ADCC champion in Yuri Simoes enroute to the EBI 6 championship and then submitted former World No-Gi champion Keenan Cornelius. Ryan dominated every tournament he entered with the lone blemish on his resume coming at the hands of Felipe Pena, who submitted him in a superfight.

2017 was the year of the King. Ryan dominated against all comers from the opening month of the year and his hard work culminated with a near-flawless showing at ADCC where he earned gold in his division and silver in the absolute, scoring 5 submissions along the way. Ryan’s run at ADCC was nothing short of stunning and had he defeated Pena in the absolute final, his spot as the greatest American submission grappler wouldn’t even be up for dispute.

Ryan ended 2017 by submitting Yuri Simoes and defeating Craig Jones to win another EBI title.Despite suffering an extend absence due to recurrent staph in 2018, Ryan rebounded from a disappoint start of the year to take home a double gold at the nogi worlds after putting on some of the most dominant performances of his young career.

By stating that Ryan is the greatest American grappler of all-time, no offence is intended to the great grapplers that have come before him Dean Lister is in my opinion one of the best ever, but Ryan’s explosion onto the scene and dominance in the short period that he has been competing impresses me more than Lister’s career. Drysdale is also a name worth considering, but his dominance hasn’t been as awe inspiring as Ryan’s.

The only athlete that I think could be ranked above Ryan is Rafael Lovato Jr., who has won pretty much everything there is to win in grappling.Between Ryan and Lovato Jr., it comes down to how much you value ADCC gold and for me it is the pinnacle of the sport and that is why I place Ryan just ahead of Lovato Jr.

While it could be argued that Ryan’s career doesn’t cover the breadth of time enough for him to be considered as an all-time great, his achievements and dominance speaks volumes to me and I have no reservations in saying that I believe Ryan could beat any American grappler ever in their prime.