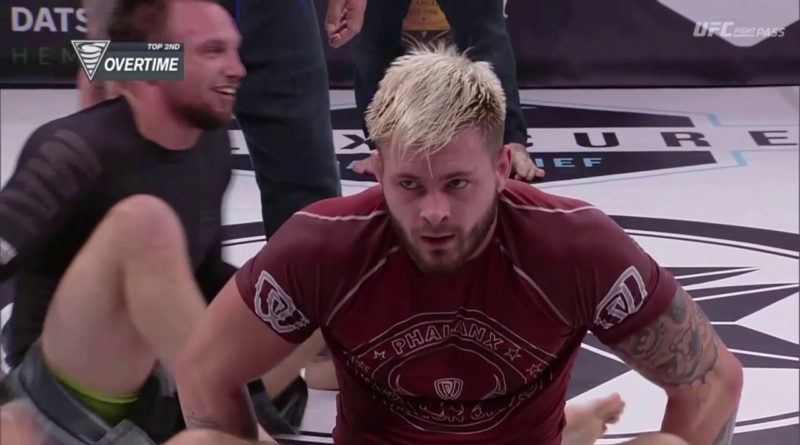 I love MMA. The thrill of watching a big fight is unrivaled and circus surrounding the build up to fight night is intoxicating. I also love to watch high level grappling, there’s something special about watching the best in the world go at it and seeing cutting-edge technique unfolding live. With that being said, I should be the ideal demographic for combat jiu-jitsu, but I absolutely hate it.

Metamoris was the first step in making professional jiu jitsu interesting to casual fight fans. While Ralek Gracie’s promotion was flawed in numerous ways, it created a hunger within fans to see grappling at the highest level. Metamoris reached its pinnacle in March of 2014 when 10th Planet head Eddie Bravo met Royler Gracie in an epic rematch. While the match was declared a draw, Bravo dominated and for newer grappling fans his stock grew massively.

Post Metamoris, Eddie Bravo and Victor Davilla decided to create their own promotion and the Eddie Bravo Invitational was born. While Eddie was always interested in launching Combat Jiu Jitsu, he was limited by commissions so elected to focus on a submission only tournament format with unique over time rounds and it was an unbridled success.

EBI 1 and 2 showcased the best of the 10th Planet System and in the 3rd iteration of the tournament, fans were introduced to Garry Tonon and what would become known as the Danaher Death Squad era. Over the course of the next few years, Garry Tonon, Eddie Cummings and Gordon Ryan would come to define EBI and there was genuine interest from the MMA community at large.

At it’s peak there were memorable matches like Eddie Cummings vs. Geo Martinez or Gordon Ryan vs. Craig Jones and fans had become invested in the Eddie Bravo Invitational format. The best names in grappling were competing under the rule set, but unfortunately things were about to take a turn for the worst.

Gordon Ryan wins EBI 11: Gordon Ryan won every match by submission tonight in LA to take his third EBI title – his first at his actual body weight of 170 pounds. He focused almost entirely on strangleholds, utilizing some of the more basic elements our back attack system and front headlock system to win the maximum possible prize money of twenty thousand dollars. It was his best training camp in a long time – no longer plagued by a lower abdominal problem that had made the previous few camps very tough, he took out a very tough Vagner Rocha with a superbly applied stranglehold in the finals. Team mate Oliver Taza braves a severe knee injury suffered in his last week of training and lost a close match in overtime via riding time, but impressed me with his heart and composure under very tough circumstances- he will rest and then come back to show off his skills in the future. Thanks again to the staff of EBI who always do such a fine job of putting on an exciting production. Mr Eddie Bravo, Viktor Davila and his crew did it again – filling a new venue and creating a really exciting event and atmosphere. There was a very exciting debut for the combat jiu jitsu tonight – i will discuss that soon. Thank you all for your support from the squad! Hope you enjoyed the show! [email protected]

Instead of focusing on a winning formula, Bravo, who is by his very nature a pioneer, decided to invest his energy into the Combat Jiu Jitsu Worlds. While I can see the appeal of CJJ, it doesn’t live up to the excitement of MMA nor does it attract the highest level of grapplers. Instead of seeing world leading grapplers, we’re seeing, with no disrespect intended, a level that is simply a rung lower. While slaps are fun, they’re not as exciting to watch as elbows or punches, so if I want to see jits with hits I would rather just watch MMA.

The main issue I have with CJJ is that it doesn’t attract the best grapplers and the best ground and pound artists would rather compete in MMA where they aren’t limited. I am 100 percent sure that the number 1 CJJ welterweight would get absolutely massacred in a jiu jitsu match with strikes against Kamaru Usman.

What upsets me is that the Eddie Bravo Invitational was a platform for elite grapplers to build steam and popularity with the MMA world. Without the Eddie Bravo Invitational, Garry Tonon and Gordon Ryan wouldn’t be as well known as they are today. While there have been some women’s EBI’s they just haven’t captured the imagination of fans quite like the men have before them.

I’m not saying it’s time to cancel CJJ, but it’s time to focus on making the Eddie Bravo Invitational great again. Let’s focus on showing the world how exciting submission only grappling is and we can still have a yearly CJJ world championship.