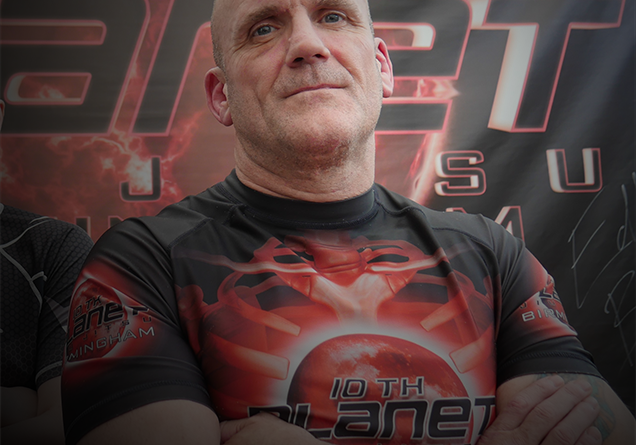 Not Just For The Freaks Anymore

Like most BJJ guys, I have always been fascinated by the 10th Planet system. Hearing Eddie Bravo talk about his style of grappling intrigues me, but I am not the most flexible guy in the world, so I have always been worried about trying out rubber guard. A few weeks ago I was sent a copy of the Combatsportsclinic.net’s “Rubber Guard for Mortals” and it has been a revelation.

Rubber Guard for Mortals is the only modern basic rubber guard instructional on the market, so reviewing it was interesting. I had briefly seen Eddie Bravo’s DVD some years ago, and while the content was great, the production seemed dated. One thing that immediately caught my eye was the production quality of Combat Sports Clinic’s effort. The online portal (hosted on the excellent “Thinkific” platform), has everything neatly organized into short-ish clips. It saves my progress and tracks my progression in the course, so I don’t have to worry about where I left off.

My favorite thing about the course is that it’s not taught by some twenty something kid who doesn’t have any mileage on his joints. Mick Broster is a 51 year old veteran of both the 10th Planet system and has several MMA fights under his belt. Including one just last year which he won by submission. He’s also the first ever UK black belt in the 10th planet system.

Mick is the perfect “everyman” to take you through the most stigmatized position in BJJ. He points out that most people who injure themselves in rubber guard are simply doing it wrong, lying flat on their back and yanking their ankle to their chest. It’s also worth mentioning that the course is literally produced by a sports rehab clinic, and they’re 100% behind it.

Mick emphases cutting the correct angle on your hips, which makes a huge difference and turns the rubber guard into something no more difficult than a simple warm-up stretch. He also points out a critical error in my own rubber guard: emphasizing the grabbing of the ankle rather than the hugging on the knee. I’ve been working these adjustments in training and my partners are already (incorrectly) remarking that they had no idea I was that flexible.

My Rubber Guard is Freaking People Out At My Gym

I’m at a fairly old school gym. We do a lot of top heavy fundamental jiu-jitsu, which I should mention I’m a big fan of. But honestly, the rubber guard is a puzzle they haven’t solved yet in a few weeks of implementing it. It’s one of those special positions where intuitive counters don’t work well. When my opponents try to power out of it, they often are advancing me through the position even faster. Unlike closed guard, which everyone has a playbook for countering, rubber guard often gets me frustrated or perplexed looks from my training partners.

This position has tons of options too. Mick addresses the fact that most people thing this guard is only a path to the omoplata. But serious players can keep someone in rubber guard for several minutes and safely threaten both sweeps and submissions like the armbar and the triangle. Something I really appreciate is that unlike the closed guard, you don’t have to give up much control if you want to attack.

I really recommend this course. The price is way more affordable than most instructionals on the market. Plus, Combat Sports Clinic gave me a discount code to share with you (enter TWISTER20 for 20% off). More than that, I’m a big fan of learning the positions other people don’t know forwards and backwards already. Do yourself a favor and pick this one up.