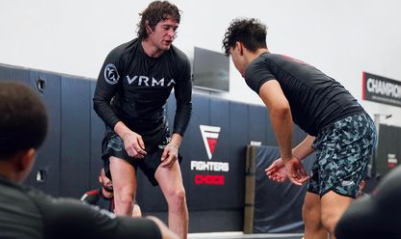 As the grappling world gears up for the biggest tournament in the sport, one of the country’s top gyms has enlisted the help of a world-class wrestler to prepare for the 2022 ADCC World Championships. All-American wrestler Pat Downey will be serving as a coach at Fight Sports in Miami, FL, as that team of ADCC competitors, including Roberto “Cyborg” Abreu, prepares for the big tournament in September.

Pat Downey was a 2015 national junior college champion in wrestling. During his college years, he wrestled for both the University of Nebraska and Iowa State University, where he would earn All-American honors in his sophomore season. Downey was removed from both teams for rules violations. After college, Downey continued his competitive career in freestyle wrestling, winning medals in 2019 at the Pan American games and the US Open.

Earlier this year, it was announced that Downey had signed to compete under Bellator MMA, but he has yet to make his debut.

Fight Sports is home to a number of jiu-jitsu’s top competitors, including many ADCC qualifiers that train there at least part-time. In addition to Fight Sports owner Abreu, most of the Melqui Galvao-trained athletes also train at Fight Sports. Those athletes include ADCC qualifiers Mica Galvao, Fabricio Andrey, Diogo Reis, and Roosevelt Sousa.