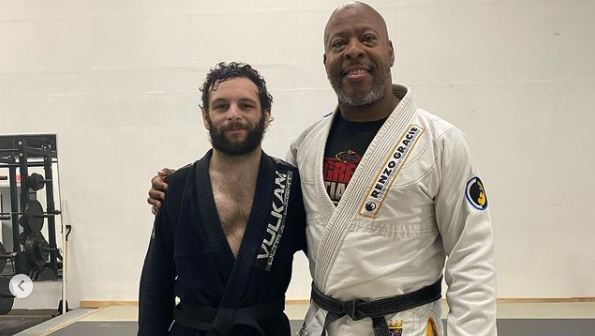 Degle’s black belt celebration didn’t last long, though. Shortly after he was promoted, he received a message from the IBJJF informing him that he would not be able to compete in any IBJJF competition again until May 23, 2022.

According to the IBJJF, Degle must be registered as a brown belt for one full year before he can upgrade his competition belt rank to black belt, even though Degle has already been a practicing and competing brown belt for well over a year.

Degle was understandably frustrated but reasonable in his response.

“What an unbelievably stupid system. I would’ve been better off not receiving my black belt until next May so I could have at least done brown belt tournaments. If you wonder why I won’t be doing any IBJJF events for the next 10 months this will be why. 10 months is a long time. I can’t even guarantee this sport will interest me at that point.”

Congratulations to Robert Degle on the promotion! Even if we can’t see him in any IBJJF competition for now, we hope to see him on the mats as a black belt soon.