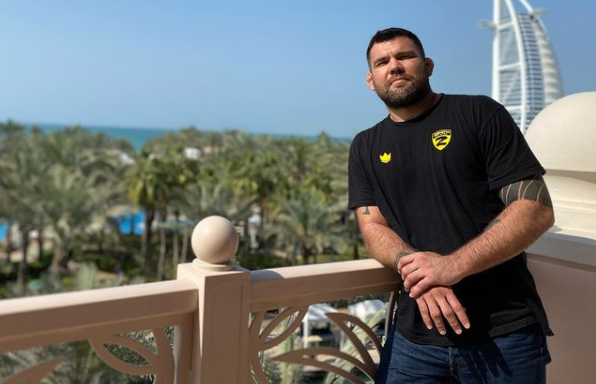 Robert Drysdale might be the most uniquely qualified person in the world to tell the story of jiu-jitsu. A history major in college, Drysdale was born in the United States but spent most of his childhood in Brazil, and is intimately familiar with both US and Brazilian culture. More importantly, he’s familiar with the culture of jiu-jitsu. An IBJJF and ADCC world champion, Drysdale has been a major player in the sport for nearly two decades, first as a competitor, then as an instructor, and now as a historian.

With that background, Drysdale has set out to tell an accurate history of Brazilian jiu-jitsu. (As Drysdale explains, even the term Brazilian jiu-jitsu is a misnomer for the art that was practiced by BJJ’s founders. Here it’s simply jiu-jitsu.) He is the executive producer of the soon-to-be released documentary “Closed Guard: The Origins of Jiu-Jitsu in Brazil,” and authored the 2020 book “Opening Closed-Guard: The Story Behind the Film,” which narrates Drysdale’s personal experience of uncovering the history of jiu-jitsu.

“When I was young I used to geek out on encyclopedias and I wanted to be an archaeologist,” Drysdale told Grappling Insider. “I was a very geeky kid.”

Years later, Drysdale’s natural curiosity, coupled with some new-found free time on his hands, led him to explore the roots of jiu-jitsu from a historical perspective. The more Drysdale learned, the more he realized that jiu-jitsu has a history problem — that the true history of the art is not known by the vast majority of its participants.

“There’s a lot more to the story than what we originally heard.”

“I had just retired. I was bored. I think part of the motivation was boredom, and I wanted a new challenge… The more I learn, the more interesting the story became. I talked to old-timers. I talked to friends. I talked to people who liked jiu-jitsu history. And I go, ‘have you heard of this guy?’ ‘No.’ ‘Have you heard of this guy?’ ‘No.’ No one knows this, and I couldn’t find a single person who knew any of this. There’s a lot more to the story than what we originally heard.”

Drysdale quickly learned that jiu-jitsu is filled with misconceptions about the art’s roots. Many of those misconceptions naturally involve the Gracie family and its involvement in the birth of jiu-jitsu. Drysdale’s effort to shed light on the history of jiu-jitsu hasn’t been met without resistance, some of which accuses Drysdale as being “anti-Gracie.”

While Drysdale may seem to be less reverential toward the Gracie family, that’s because his only goal is uncovering the truth. His reverence lies not with people or myths, but with the truth.

“I was asked by a student why I didn’t have a picture of Carlos and Helio on the wall,” Drysdale explained. “People take that as a matter of disrespect, but one thing you learn in history is to be a skeptic. You go, ‘let’s get a better account of things before you go and believe the first person that says something.'”

Telling an accurate history of anything is difficult. Different people have different perspectives, and their perspectives and stories are then interpreted and morphed by more people, and through that process the truth is blurred. Drysdale says that blurring process is prevalent in martial arts, where individuals can turn into legends quickly, and the truth is lost just as quickly.

“I think in martial arts, characters are more mythologized than other industries. You get that superhero type, and the next thing you know, a hundred years later, the guy could perform miracles. The guy could beat everyone with one hand tied behind his back… Some of it borders on fanaticism. And it’s very difficult to question a historical figure because… there’s this aura that history and tradition grant to people. During their life they’re pretty much shat on and mostly never even acknowledged. But something happens if they reach that position of adulation and they become almost godly…

“I like to question these narratives. Not out of spite, but I know enough about human nature to know that we’re not angels, we’re not demons, we’re humans. We’re imperfect. We have good moments, we have bad moments, and that’s fine, that’s how we are. So I’m always suspicious when someone tells me ‘this guy was some superhero and was perfect.’ I never believe those stories.”

It’s in questioning these narratives about the roots of jiu-jitsu that Drysdale is accused of being “anti-Gracie.” Quite the opposite, says Drysdale. He says he’s shining a bright light on some of the family’s lesser-known members that had massive impacts on the art.

“There’s not a single member of the Gracie family that has done more than I have to revive George Gracie,” said Drysdale. “Arguably the founding father of MMA… I just want to tell things accurately…

“It’s consensus that Gio Omori was a key figure, that [Mitsuyo] Maeda was overplayed for marketing purposes, that George Gracie was a key figure early in the history of jiu-jitsu and MMA… These things, people don’t dispute them, people that have heard the story. It’s that most practitioners have never heard of them. But if you ask even the more Gracie-leaning historians or researchers, they’re not gonna dispute most of this. Ninety-nine percent we’re in agreement.”

Drysdale has also received push-back regarding the name jiu-jitsu. According to him (and the accurate history he cites), the art that is today known as Brazilian jiu-jitsu unequivocally grew directly out of judo. The art’s earliest practitioners were doing judo, not jiu-jitsu, plain and simple.

“To them, it’s outrageous that what we do is judo. But it is!”

“I think it’s fair to say that I played a part in saying ‘what we do is not really Brazilian jiu-jitsu. It’s Brazilian judo.’ We just call it jiu-jitsu, but it’s judo. Especially old-timers, there’s a lot of resentment in Brazil especially of jiu-jitsu against judo and vice versa… When I say this, a lot of people get borderline offended. To them, it’s outrageous that what we do is judo. But it is! We just modified the rules. The uniforms are the same. The traditions are the same. The origin is the same, there’s no way around it.

“Helio [Gracie] and Carlos [Gracie] would have no idea what jiu-jitsu looked like. They never practiced it. Neither did Maeda, for that matter. Maeda did judo. Jiu-jitsu was a popular term at that time so they used it.”

Despite the difficulties in telling an accurate history of jiu-jitsu, Drysdale says he’s already seeing changes in how jiu-jitsu is talked about. He’s seeing a greater willingness to question common narratives and, most importantly, more objective truth about the history of jiu-jitsu. Those changes are owing in large part to Drysdale’s book and his efforts in general.

“When I first started researching this about four years ago,” Drysdale recalls, “I went on Wikipedia and I’m reading all these Wikipedia pages [about jiu-jitsu] and they’re very inaccurate. I’m like ‘aw man this is all wrong.’ That was part of the motivation to make the documentary and later the book… I did the same thing about six months ago. It’s changed dramatically. In just three years, and it wasn’t me. But someone went on Wikipedia and changed it. All these new names, these new versions of history… So I think people are definitely listening more and willing to listen to this story from a different perspective. It’s been a positive impact.”