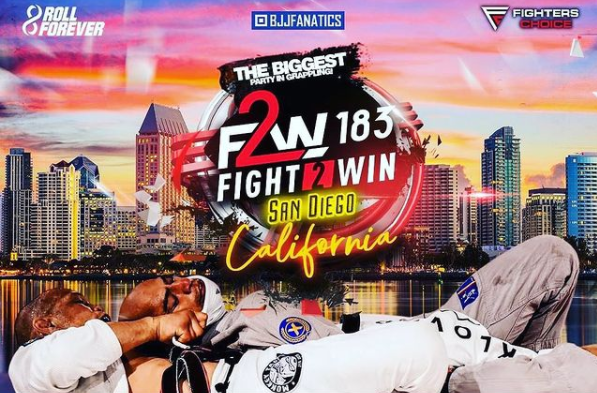 On Friday, September 10, Fight To Win will return to San Diego, CA with Fight To Win 183. The event will be headlined by BJJ and MMA veteran Baret Yoshida taking on 2001 IBJJF world champion Bernardo Pitel. Elsewhere on the card, elite competitors like Josh Hinger, Fellipe Andrew, Lucas Pinheiro, and others will be in action.

View the full Fight To Win 183 line-up, start times and betting odds below.

The main event between Yoshida and Pitel is a match-up of two longtime veterans of the high-level BJJ and grappling scene. Yoshida is a multiple-time IBJJF no-gi world champion and was a 2001 and 2003 ADCC silver medalist. He is coming off a submission win (from his trademark crucifix position) at Fight To Win 180. Yoshida’s opponent Pitel has been an elite black belt competitor for two decades.

How to watch: Fight To Win 183 takes place on Friday, September 10 and will air live on FloGrappling (subscription required).