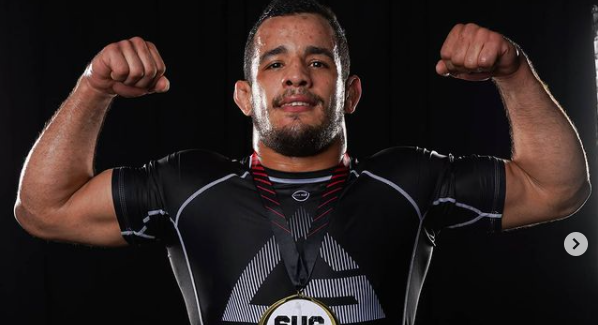 On Sunday, Submission Underground (SUG) 25 took place live from Portland, OR. In the main event, Pedro Marinho capped off an excellent weekend of competition with a submission win over former SUG title challenger and 10th Planet black belt Andy Varela.

Marinho made his SUG debut just a few weeks ago, earning second place at the SUG absolute tournament; that performance included a submission win over top competitor Roberto Jimenez. Against Varela, Marinho was all offense from the opening bell, attacking with a strong wrestling approach on the feet. Marinho worked hard to snap down Varela’s head, and with just over three minutes remaining in regulation, Marinho snapped Varela down into a locked-in guillotine which he finished on the mat from top position.

View the full results and highlights from SUG 25 below: