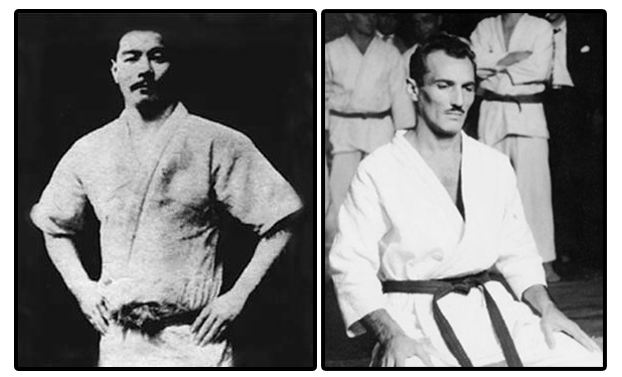 In the 1990s and early 2000s, the Gracie family name was synonymous with “Jiu-jitsu”. Now, of course, Gracie BJJ has many other connotations, including Gracie Barra, Renzo Gracie, Gracie Academy, etc. Before that, Jiu-Jitsu was a niche martial art, until it was spearheaded in the US by Rorion Gracie, who was determined to bring the art into prominence.

The Gracie family was already gaining celebrity status in Brazil for their adaption of the Japanese art of Jiu-Jitsu into a intricate and incredibly effective ground fighting system, but Gracie Jiu-Jitsu had yet to travel the world.

At its incarnation, Brazilian Jiu-Jitsu was an adaptation of Japanese Jiu-Jitsu by the Gracie family. Japanese Jiu-Jitsu, while often confused with Judo, is an entirely separate art, though it matches up more closely today with Judo than with modern BJJ. In essence, Japanese Jiu-Jitsu used the same principles that simple machines use: levers, distribution of weight, pressure, and balance. Jū in Japanese literally translates to “gentleness” and jutsu to “art”, hence Jiu-Jitsu’s nickname “the gentle art”.

Japanese Jiu-Jitsu, like most martial arts, cannot be traced back to one beginning. Similar fighting styles have appeared throughout history, including in the schools of the samurai, the Chinese army, and some ancient teachings in India. The amalgamation became Japanese Jiu-Jitsu, which was then taught to Mitsuyo Maeda, a sumo fighter’s son born in 1878. Maeda traveled, challenging many fighters, but ultimately finding happiness and continued competition in Brazil.

A teenager at the time, Carlos saw a Japanese display of Jiu-Jitsu and, through his father’s connections, managed to secure lessons with Maeda. By 1925, Carlos Gracie had opened his first Jiu-Jitsu academy. He invited challengers, much like Rorion Gracie would later popularize as the “Gracie Challenge”, to come to his academy and face his black belts. Of his 21 children, thirteen became black belts.

Carlos Gracie’s brother Helio was perhaps the most innovative of the first Gracie black belts. His teaching style, coupled with the unconventionality of his game birthed of his less-than-ideal body type (long and skinny was not imposing until his legs were wrapped around his opponent and began squeezing), gave shape to the modern art of Brazilian Jiu-Jitsu. From there, the sport exploded in popularity.

Though challengers would continue to be welcome at the Gracie academies, the overarching opinion was that Jiu-Jitsu needed to be developed as a sport. Thus, in 1967, the Guanabara Jiu-Jitsu Federation was formed in Rio under the authorization of Brazil’s National Sports confederation. Points were earned by takedowns, gaining full mount, and back-takes, though the rules were far from refined. Each match was five minutes, with three minutes’ overtime if it had not ended in submission.

Through this, the Gracie family took its first substantial steps toward a unified set of rules and organized competition.

Next Week: Rorion Gracie’s first trip to the United States