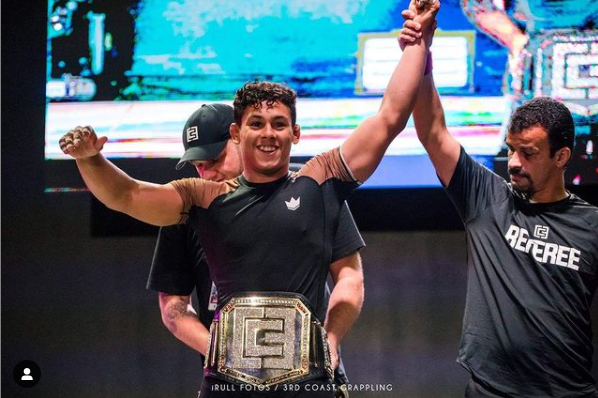 In the first round of the tournament, Galvao submitted ADCC veteran John Combs by guillotine. In the semifinals, Galvao showed off his leg lock game, securing a heel hook on Pedro Rocha. And in the grand prix final, Galvao met Gracie Barra representative Pedro Marinho, and yet again Galvao was able to close the show with a submission, this time a beautiful armbar.

Galvao has been on a tear through the competition scene since relocating to the United States earlier this year. He has earned a gold medal at the 2021 no-gi Pans, is undefeated in two Who’s Number One matches, had a strong showing at the EUG 170-pound tournament.

Check out the highlight of Galvao’s three submissions below.