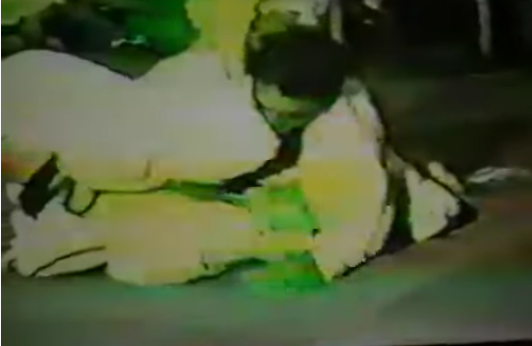 Compared to other martial arts, Brazilian jiu-jitsu is still in its infancy. For that reason, footage exists of the early, developmental days of the art.

By 1986, Brazilian jiu-jitsu as a martial art had existed for decades. But the art as a sport, a form of regulated competition in and of itself, was still a relatively new idea. At the time, jiu-jitsu competition was nothing like it is today, with countless tournaments happening every week across the globe, and with countless black belts scattered around the world. Competition jiu-jitsu was much more rare, and largely (if not completely) contained to Brazil.

That year, the legendary Rickson Gracie met Rigan Machado in one of the most memorable matches in BJJ history. Watch that match below, as well as Machado’s comments on the match.

What we see in the footage above is a young Rigan Machado that is very explosive, athletic, and relentlessly athletic. Gracie, on the other hand, seemed to be much more focused on establishing and maintaining positional dominance. At the time, Gracie was Machado’s coach (and still is his cousin), which only added to the drama of the slam in the opening seconds.

Rigan Machado was a multiple time Pan American champion and a 2000 ADCC medalist. He is currently an 8th degree coral belt and teaches out of his academy in California.

Rickson Gracie is one of the most legendary figures in jiu-jitsu; he is purported to be undefeated in hundreds of street and jiu-jitsu fights. He made his mark in both jiu-jitsu and MMA, a sport from which he retired with a perfect official record.