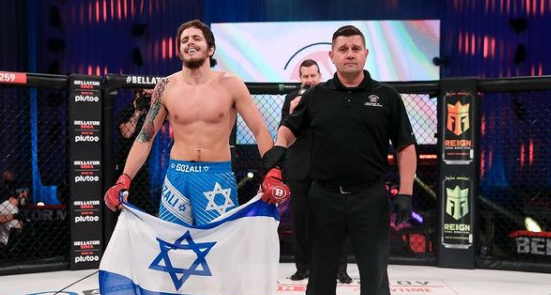 Bellator lightweight contender Aviv Gozali came into his Bellator 259 bout against Sean Felton with a perfect 5-0 record, with all five of those wins coming by first-round submission. On Friday, Gozali extended that first-round submission streak to six, as he secured a beautiful outside heel hook in just over one minute. Watch video of that submission below.

After pining Felton against the cage, Gozali immediately dropped to a leg entanglement and quickly latched onto a heel hook. With some minor adjustments, Gozali was able to get the tap at 1:17 of the first round.

Aviv Gozali is the son of Haim Gozali, a fourth-degree Brazilian jiu-jitsu black belt under Renzo Gracie. He made his Bellator debut at just 17-years old in 2018 — a fight that he won by submission at 4:27 of the first round. That bout remains the longest of his career.

Gozali has shown a variety of submission skills already in his young career, from an armbar or a classic rear-naked choke, to a record-setting 11-second heel hook.